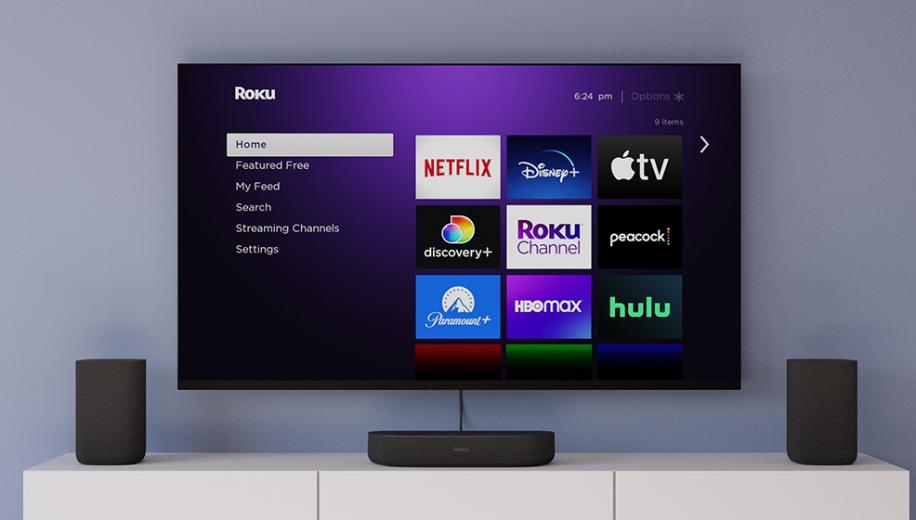 The redesigned Roku Streaming Stick 4K offers more power and better Wi-Fi connectivity and in conjunction with the expanded features in the latest Roku 10.5 OS - including faster access to Live TV, more flexibility in audio setups and a Save List -  the US company reckons streaming with Roku is a more seamless and engaging experience.

A redesigned long range Wi-Fi receiver intelligently optimises the wireless connection in order to counter congested networks and deliver up to 2x faster Wi-Fi speeds. In addition, the Streaming Stick 4K will automatically switch between 2.4 and 5GHz networks and make sure it connects to the strongest node in a Mesh setup.

The discreet size and shape of the new stick means it can easily be placed behind a TV, even when wall mounted, and moving between TVs, or using away from the home while on holiday, is straightforward.

The included voice remote allows quick searching and volume adjustments, but users can also upgrade to Roku’s rechargeable Voice Remote Pro which features TV controls, personal shortcut buttons, private listening, hands-free and push-to-talk Roku Voice support. And, in case you lose the remote, there’s a voice activated remote finder. The Roku Voice Remote Pro is available with the Streaming Stick 4K in a separate Roku Streaming Stick 4K+ package, which is a more cost effective alternative to purchasing it as an individual accessory.

As well as the remote control options, voice commands via Alexa or Google Assistant enabled devices are available and AirPlay 2 allows control and content sharing directly from iPhone, iPad or Mac. HomeKit is also supported which allows users to easily and securely control Roku devices using Siri and the Home app on their Apple devices.

Roku’s latest v10.5 operating system is designed to enhance the user experience by simplifying setup, making content easier to find and then delivering that content to the viewer even more quickly.

Control of audio configuration has improved to include the use of a Roku Steambar, Streambar Pro or Roku Smart Soundbar as a centre channel speaker while compatible Roku wireless speakers can be added as left, right and rear channels alongside the Roku wireless subwoofer for a 3.1 or 5.1 audio system. Previously, only up to 4.1 channels were available.

Roku’s own research has shown that large numbers of viewers are still wanting to watch live TV and so the Live TV channel can now be added directly onto the home screen for instant access to over 200 free live channels.

Moreover, Roku has been expanding the number of channels that respond directly to voice commands, including Netflix, and searching for music and podcasts will return results on the more visually appealing Music and Podcast row. Roku has partnered with Spotify so users will have access to 70 million tracks and a huge choice of podcasts using voice commands.

Users who want to optimise their voice interaction with Roku can set up the device or login to supported apps by entering email, password, and PIN information by voice. There’s also the new Roku Voice Help which informs users about the range of commands Roku Voice supports, with examples. It also provides tips on using hands-free voice for Roku Voice Remote Pro owners.

The Roku Mobile app now benefits from a newly added Home Tab which provides easy access to Zones, which are browsable content collections across a number of top genres and popular/seasonal topics such as the Olympics. Plus, the Save List means that viewers can save content suggestions while they’re out and about, accessing them from the Save List on Home and Remote tabs when back home.

Furthermore, private wireless listening can now handle up to four sets of headphones and mobile apps, so you can watch with friends or family without disturbing others.

Roku OS 10.5 will begin rolling out to Roku devices in the coming weeks.