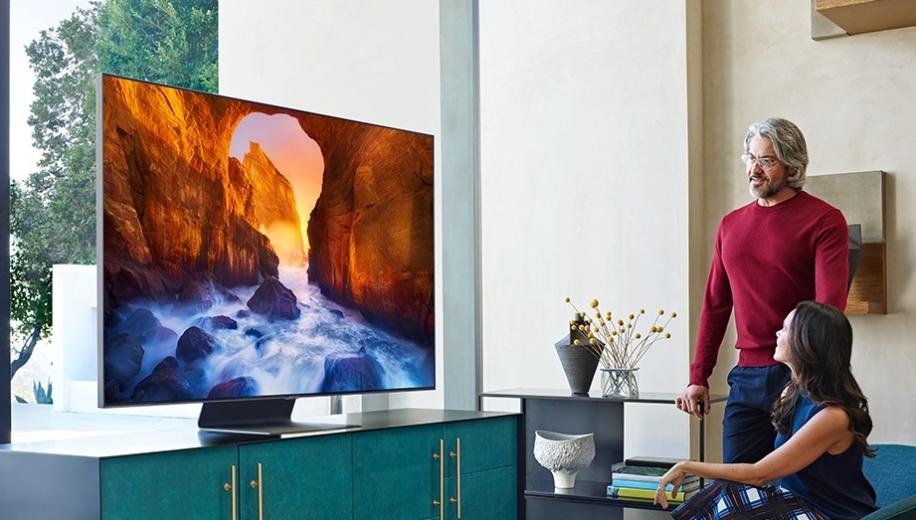 Sales figures are bandied about all the time, often shrouded in marketing or financial jargon, and presented in a certain way they can be a powerful marketing tool.
Information picked up by news outlet, Business Korea, points to a recent report by Korean company KB Securities, who deal in research and investment information, that could provide Samsung with some good news regarding sales of its QLED TVs.

The report claims that sales of Samsung’s Quantum Dot LED TVs will surge during 2019 by 88% over and above figures from last year, outpacing those from OLED manufacturing rivals - something that has previously been commented on by industry observer IHS Markit, and this latest report adds some further credence to this with a different set of figures.

According to analyst Kim Dong-won, “Shipments of QLED televisions, which have already surpassed those of OLED televisions from the third quarter of last year, will be much higher than expectations. QLED TV shipments are expected to total 5.10 million units this year, up 88 percent from last year, surpassing the 3.40 million units projected for OLED TVs.”

The uptick in sales from last 2018 is due to a number of reasons including, the ‘diverse product mix for each screen size,’ and the flexible pricing reductions that can be offered in the face of price drops in LCD panels. These price falls are due to Chinese panel producers saturating the display market, thus lowering prices, which in turn has seemingly stimulated consumers looking to upgrade their TVs.

This is all good news for Samsung as a whole and Kim added, “Samsung Electronics’ Consumer Electronics (CE) business division is expected to see its operating profit increase 24 percent to 2.50 trillion won (US$2.14 billion) this year.”

Do AVForums members think sales figures help or hinder the consumer? Does knowing the sales trends of a particular product give useful information about potential traction or longevity of a new product or technology and is that something purchasers can benefit from? Or is it just smoke and mirrors that confuses the public and dazzles the industry? Let us know your thoughts in the discussion thread.