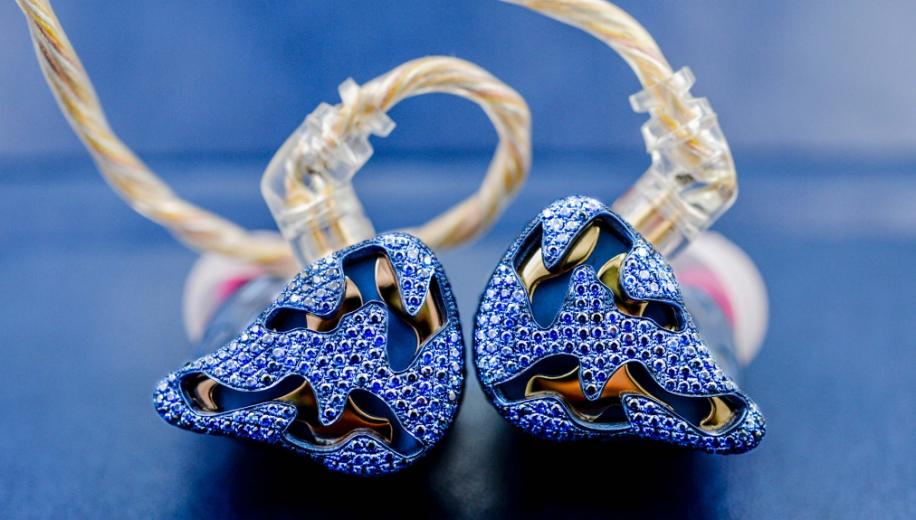 Heralded as the world’s most expensive earphones, the Blue Dragon IEMs combine a flash finish with groundbreaking engineering.

Coming only a few weeks after news of the astronomically priced Magico M9 flagship floorstanding speakers (don’t ask, it’s a safe bet you can’t afford - or carry - them) come the Blue Dragon earphones, and compared to the Magicos, these are an absolute steal at £12,199, and, weighing considerably less than the half tonne each of the M9s, they won’t put your back out either.

QDC (Shenzhen Qili Audio Application Co. Ltd.) is a Chinese company specialising in high-end in-ear monitors born out of development work its parent company does for the police and military for their particular communications requirements.

Combining eighteen months of design work and the engineering expertise that formed the basis of QDC’s successfully received flagship Anole VX earphones, the Blue Dragon makes use of no less than 10 drivers in each enclosure.

These drivers are arranged in such a way as to create a seamless, ultra high bandwidth soundstage and the enclosures they are contained within themselves are made from sections of lightweight gold fused titanium. This results in an inertness, both in response to the drivers and the outside world, and represents a step up from the enclosures in the Anole VX model.

The enclosures are ergonomically shaped to ensure an exceptionally comfortable fit - the last thing you want is for one of these to pop out while you’re jogging on a canal path, especially since the finishing touch on the housings is a covering of 800 sapphires.

The output is adjustable to meet listening requirements and the included audio cable, called the Dragon Skin, features gold-plated pure sterling silver conductors, silver-plated single crystal copper and an alloy using copper and palladium. The 2.5mm balanced connection is suitable for use on a  wide range of portable audio players featuring this high quality output.

Each Blue Dragon takes 3 months to craft - supergluing 800 sapphires onto a housing smaller than your thumb is no easy undertaking, you know -  and will cost £12,199 through specialist UK luxury audio distributor, Audio Concierge.

Have you found enough pennies down the back of the sofa yet for a pair of Blue Dragon IEMs?