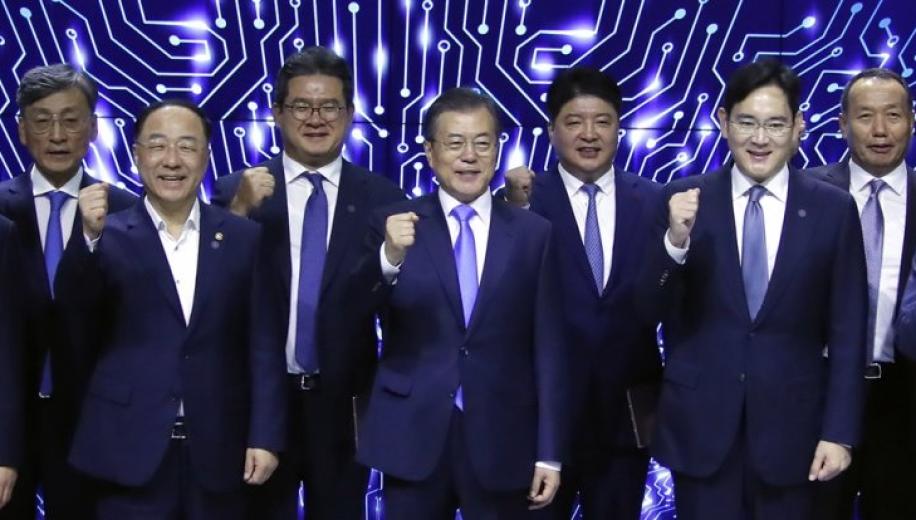 The formal announcement took place on 10th Oct at Samsung Display’s Asan factory with a signing ceremony that committed the $10.8 billion investment and saw South Korean President Moon Jae-in in attendance where he confirmed government support for the development of South Korea’s high tech display sector.

The investment is a response to falling global demand for TVs and oversaturation of the LCD panel market by Chinese manufacturers who are state-subsidised and are therefore capable of mass-producing large-sized LCD panels at much cheaper prices. It is hoped the investment package will secure South Korea’s technological superiority and widen the gap with Chinese rivals by moving towards the more advanced QD-OLED display and away from LCD panels.

"The investment plan is a starting point for the country to retain its competitiveness as the No.1 display powerhouse in the world. The government fully supports the development of next-generation display technology," Moon said.

The investment plan will span 6 years from 2019 - 2025 and will fund further R&D as well as production. One of the first steps will be to convert the LCD production lines at the company’s Asan plant south of Seoul to focus on production of the self emitting Quantum Dot OLED panels. It is expected that the monthly output will be around 30,000 sheets of 65-inch quantum dot OELD displays. Samsung Display said the repurposed line, dubbed Q1, will be able to mass produce QD-OLED panels from 2021.

Currently SDC has two main problems to overcome, the development of efficient blue OLED emitters (fluorescent emitters are most likely to be used in first generation QD-OLED panels) and a good quantum-dot colour converter (QDCC). Light management in this architecture is also a serious challenge. Therefore, SDC will also invest in local display materials companies and conduct joint research with domestic universities to continue to develop innovative display and production technologies.

By the time all of the company’s 8-Gen LCD production lines have moved to QD-OLED panels, the overall monthly production of QD-OLED substrates is expected to be around 100,000, which is significantly lower than the current figure of 365,000 monthly LCD substrates. However, Samsung will most likely be taking a similar approach to local rivals, LG Display and market the new QD-OLED TVs as a premium product, which will draw higher margins for them than those TVs based on LCD screens. This will offset the lower initial substrate numbers.

The move to QG-OLED production should also see more efficient manufacturing costs when compared to LG’s current WRGB (four subpixels + colour filters) OLED system. According to DisplaySupplyChain.com (DSSC) Samsung will be able to use three subpixels and only two emitting layers, so its stack will include 13 layers compared to 22 layers in LGD's TVs - which means fewer deposition stages, improved yields and reduced material costs.

DSCC estimates that a square metre of QD-OLED production will require materials that cost around $26, compared to almost $95 in a metre of WOLED production.

Displays have been cited as one of the major future growth engines by South Korea and Samsung Electronics Vice Chairman Lee Jae-yong - Samsung Electronics’ de facto leader - greeted the president and pledged to continue investing in new display technologies, saying, "The display sector is an industry full of opportunities to grow. Though the world's economy has seen stagnant growth and faces multiple uncertainties we will do our utmost to achieve technological innovation and nurture future talent.”

The company added the investment is expected to create 81,000 new jobs.

During the ceremony, President Moon also unveiled the government’s plan to support OLED technology by allocating 400 billion won from its budget over the next seven years.

This sounds like good news for future TV technologies, though they’re still a good few years away. Let us know what you think about this move by Samsung DIsplay.