Best of both worlds 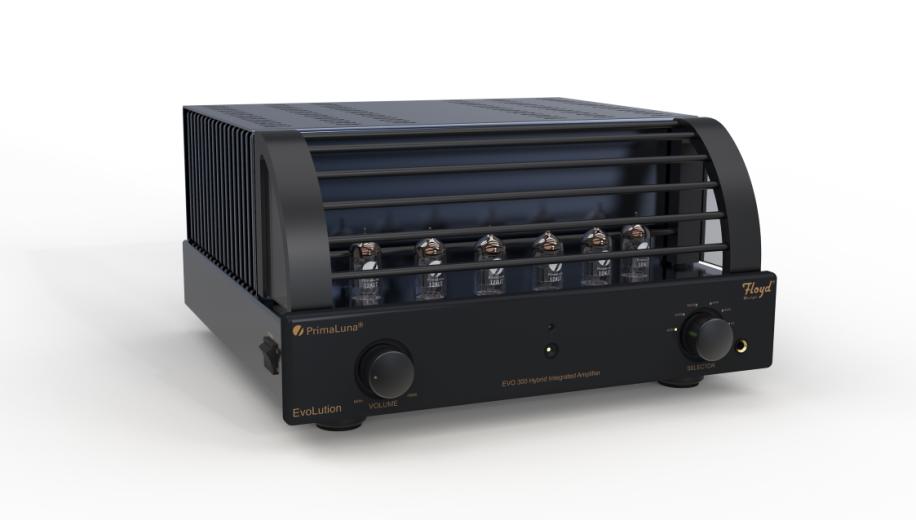 Now, the company has premiered the PrimaLuna EVO 300 Hybrid Integrated Amplifier - its first to include non tube elements. The project is the result of a collaboration between PrimaLuna which provided the valve-based preamp stage, and Floyd Design - the solid-state design arm of Durob Audio, PrimaLuna’s parent company - which supplied the power stage. The result, the company says, is the warmth and fluidity of valves combined with the power and grip of solid-state circuitry  - the best of both worlds - yet something that can be technically difficult to achieve.

Power is delivered to the pre-stage using two power supplies with separate transformers while the solid-state power stage uses a dedicated 500VA transformer, and all supplies benefit from PrimaLuna’s AC Offset Killer circuit which ensures that ‘DC on the mains’ never causes transformer hum.

Internally, circuit components are sourced to be of the highest quality and hardwiring is used wherever possible, while any PCB boards that are included have a thickness of 2.5mm and 105 µm gold-plated copper tracks which exceeds the specs of most usual PCBs.

The amplifier comes with six inputs (5x line level RCA, 1x home cinema bypass) and outputs include tape out and stereo/mono sub. There’s also a built-in headphone amp and an optional phono stage that attaches to the amp’s underside in a fully shielded sub-chassis.

The 25kg chassis is solid and robust (at that weight, how could it be anything else?!) with a choice of black or silver front panels.

The result of this fusion of valve and solid-state engineering know-how is an amp that delivers generous dynamic range and broad stereo imaging with expressive mids and highs plus a tight, controlled bass, according to PrimaLuna.

The PrimaLuna EVO 300 Hybrid Integrated Amplifier is available to order from October though it’s expected that stock will be limited until production ramps up towards the end of the 2021. The UK RRP is £6,198.