Two entry level 5.1 and one 7.1 with Atmos/DTS:X set to launch in April 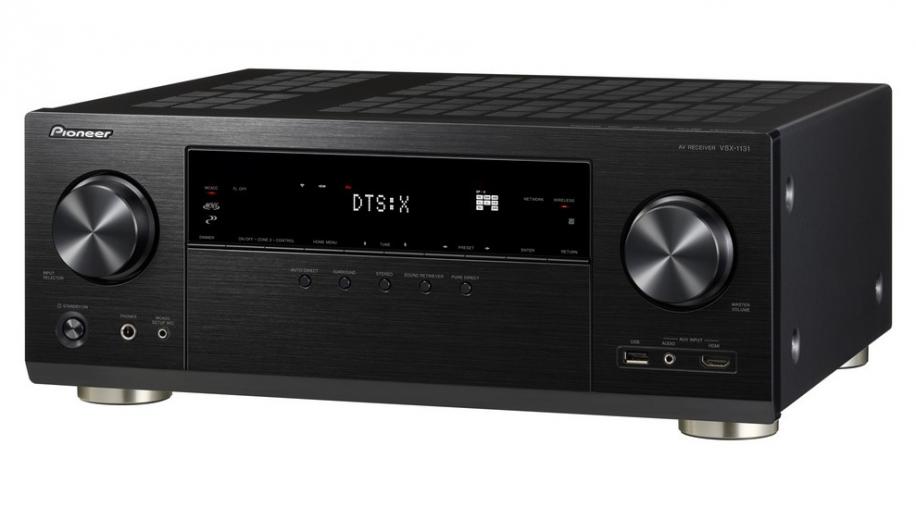 The step-up VSX-831 has a retail price of £449.99 and is also a 5.1 receiver but features a new 384kHz/32bit DAC (AMK AK4458). It also has Pioneer’s MCACC (Multi-Channel Acoustic Calibration System), developed with professional recording studios which uses a custom microphone to EQ your room. Naturally it is also capable of playing 4K and HDR video and also features ‘Super Resolution’ Ultra-high-resolution 4K upscaling. The VSX-831 can integrate with GoogleCast, enabling a mobile device to cast music, radio, and podcasts directly to the AVR and is compatible with both iOS and Android devices along with Google’s Chrome web browser. Another first for the VSX-831 is support for FireConnect via an upcoming firmware update. FireConnect enables any audio source connected to the receiver—from vinyl to Spotify—to be sent wirelessly to a compatible speaker placed anywhere in the home. There’s also Hi-Res Audio with 192kHz / 24-bit high-resolution FLAC, WAV, AIFF and Apple lossless file formats supported, along with DSD (2.8/5.6MHz) files.

Naturally, the most expensive new model, the VSX-1131 (£549.99) boats the richest feature set. There’s 7.1 audio channels, this time, at 160w per channel and de rigueur support for both Dolby Atmos and DTS:X; Atmos will be supported right out of the box while DTS:X will be added by a software upgrade down the line. Other than the amplification and immersive audio support, the other features are as per the VSX-831, as far as the spec sheets would suggest.