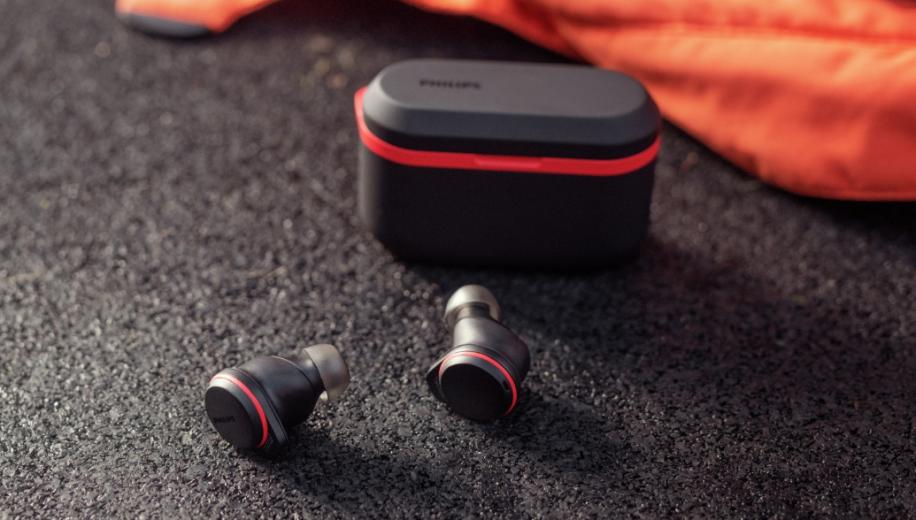 Philips has launched its latest audio products aimed at supporting those whose lifestyle takes them into the wild and woolly outdoors, with rugged builds, water resistance, great sound and comfort at the forefront.

The new A7507 TWS headphones are part of the Philips Sound Sport Series and deliver superior sound quality via their large, low distortion, graphene coated drivers and stable Bluetooth 5.2 connectivity. Plus there’s compatibility with both LDAC and AAC codecs which enables both iOS and Android users to benefit.

The A7507 earbuds feature a new ANC Pro system which offers a choice of either complete isolation or the bypass of ambient sound, while the inclusion of a dedicated algorithm further reduces wind noise.

The inclusion of a bone conducting mic helps to improve speech and call clarity even in noisy environments.

The earphones are certified IPX5 for water/sweat resistance and the inclusion of earbud stabilisers and ear-tips in a variety of sizes ensures long-lasting comfort. Meanwhile, taking one of the earbuds out stops playback.

Battery life clocks in at a total of 29 hours which is split between 8 hours of playback from the buds plus 21 hours of re-charge from the case. Fast USB-C charging offers one hour’s playback after just 15 minutes.

If you’d rather listen to music with friends while you’re working out or enjoying the great outdoors, the new S4807 and S7807 portable Bluetooth speakers offer a rugged double layer rubber finish for IP67 dust and water resistance. Coming in either Black & Red or White & Yellow finishes, the speakers are comfortable and easy to carry via the included strap and integrated lanyard. Alternatively, even the larger S7807 offers bag friendly dimensions at 104 x 104 x 280mm

Sound quality is delivered via a 40W amp and a 20 mm tweeter with two 70mm mid/bass woofers plus a passive radiator in the case of the S7807, while the smaller S4807 features 10W of power and a 20mm tweeter, a 45mm mid/bass driver plus two passive radiators. The S4807 has up to 12 hours of battery life while the S7807 doubles that and can also act as a 5000mAh power bank for other devices.

Both speakers can be paired with a second set to offer a larger, true stereo sound and both offer multipoint Bluetooth 5.2 connection to multiple devices. Finally, there’s voice assistant activation and simple hands-free calls via push-to-talk.

There’s no confirmation on release dates or pricing as yet.