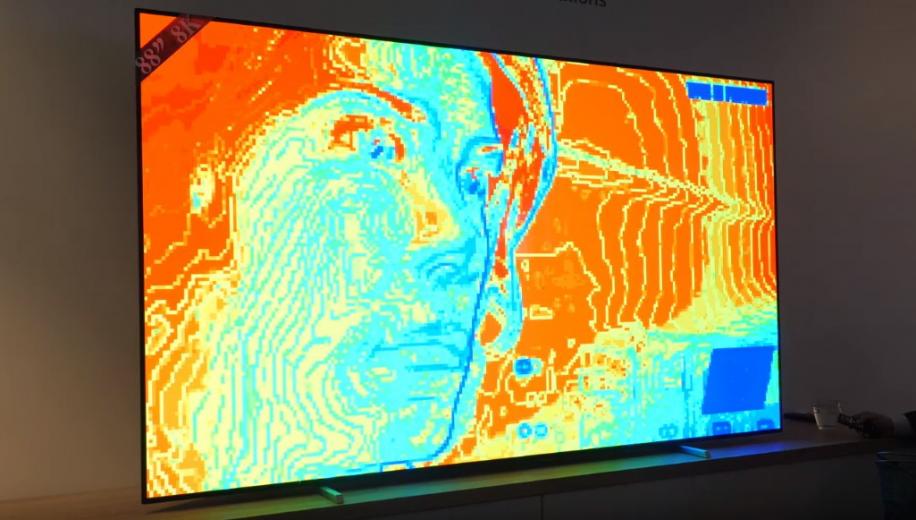 At the Amsterdam launch of its 2020 TV models, Philips also gave an early look at two technologies coming later down the line. An image smoothing technique to reduce banding on lower quality sources and a logo detection method for preventing OLED burn-in.

The technologies on display were not ready for rollout but were being showcased as ‘works in progress’ as part of the overall launch event and AVForums took the time to ask the company about them.

The first demo involved the reduction of areas of gradation in low quality video sources. For example, some of the low resolution material available on YouTube often plays back on a modern 4K TV with noticeable banding in areas of the screen. Philips regards the video source as one of the Pillars of Picture Quality - indeed it’s arguably the most important pillar as it sits right at the start of the video playback chain - and, as such, employ processing courtesy of their P5 Picture Perfect image processor in order to reduce this banding.

However, as Danny Tack, Philips’s Director of Product Strategy and Planning, explains, this often requires a certain amount of sharpening which can be detrimental to other areas of the image.

Now though, the company is working on new methods of creating ‘source perfection’ which removes the gradation in the image without affecting the sharpness.

There was a demo clip on an 88-inch 8K TV - which interestingly is not something Philips has announced is coming to market - that showed a sequence before and after the processing had been applied. The clip is in the video below at around the 12:20 mark and it’s clear to see the post-processed version has much-reduced banding.
Philips did not announce this technology by name but the screen in the clip clearly shows ‘RTX On’ in the bottom right hand corner, though whether it hits the market with that title remains to be seen.

Of interest to many OLED TV owners is the subject of screen burn-in, particularly for game players that may have HUDs present on screen for long periods or the perennial issue of channel logos which can become a permanent fixture of the screen.

Philips pointed out that OLED owners with ‘normal’ viewing habits, including changing the channel occasionally and putting their TV into standby overnight so the residual image removing technology already available can get to work, should not experience any problems.

Although describing ‘burn-in’ as an industry buzzword which non OLED competitors tended to play up, Tack did admit that there would always be exceptions and some users might experience problems. Additionally, he conceded that those with larger screens would face more costly replacements as bigger screen sizes become more popular.

Philips’s response to this is new technology that accurately detects the logo and reduces the intensity of it without affecting any other areas of the picture. The process of determining just how much the intensity of the logo needs to be reduced took its toll on many OLED test screens and Tack maintains this rigorous testing means that the company is 95 percent of the way there to solving the burn-in issue.

These two new technologies will hopefully find their way into Philips TVs later in the year and IFA 2020 holds the possibility of consumer models on show featuring both the ‘RTX’ banding reduction and the channel logo detection / reduction in OLEDs.

Is screen burn-in putting you off looking at an OLED for your next TV? Would Philips’s claimed 95 percent reduction help change your mind? What about the image banding removal in low resolution video, are you a YouTube viewer who’d be interested in this?