Traditional fruit at Christmas is normally an orange but Panasonic gifts TV owners an Apple instead. 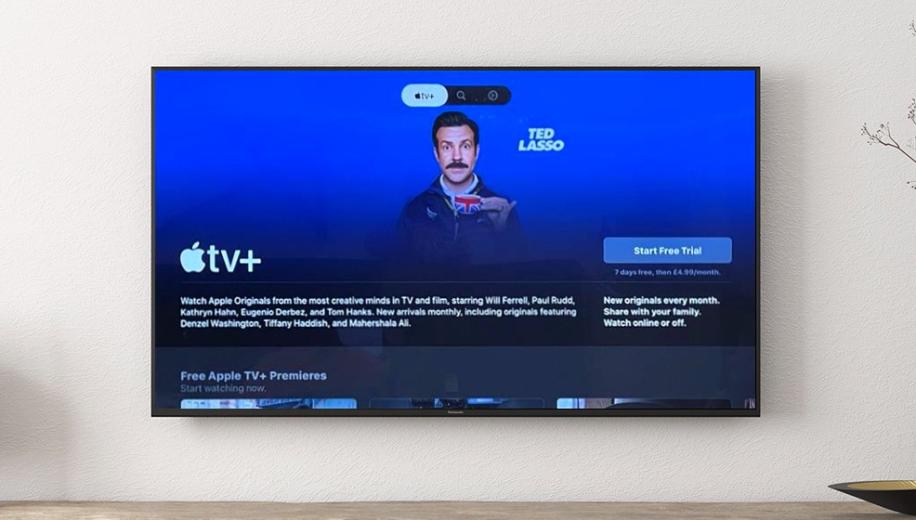 Panasonic has announced that the Apple TV+ streaming service is now available on a wide range of its TVs.

Availability of Apple’s well regarded streaming service, Apple TV+, has been announced by Panasonic which has confirmed that its 4K TVs from 2017 onwards, in Europe and the UK, will have the service.

Eligible models include Panasonic TVs with the My Home Screen OS with product prefixes EZ, EX, FZ, FX, GZ, GX, HZ, HX, JZ, JX. Owners will be able to see the Apple TV+ icon in the Application view. On some models the icon will also be placed on the Home Screen, allowing viewers to enjoy Apple TV+ content with the “true to the creators’ intent” picture quality Panasonic is known for.

The addition of Apple TV+ comes after September saw the Disney+ app become available to the same range of TVs. This now means that Panasonic owners with the latest My Home Screen have access to the ‘big four’ streaming services - Netflix, Amazon Prime Video, Disney+ and now Apple TV+ (all subscription dependent) as well as Freeview Play.

Also currently showing is Invasion and for those wanting to get into the Christmas spirit, there’s Mariah’s Christmas: The Magic Continues special and Peanuts: For Auld Lang Syne. You can check out Apple TV+ releases on our What’s new on UK Streaming Services listing produced every month.