Image and sound sorted in an affordable package. 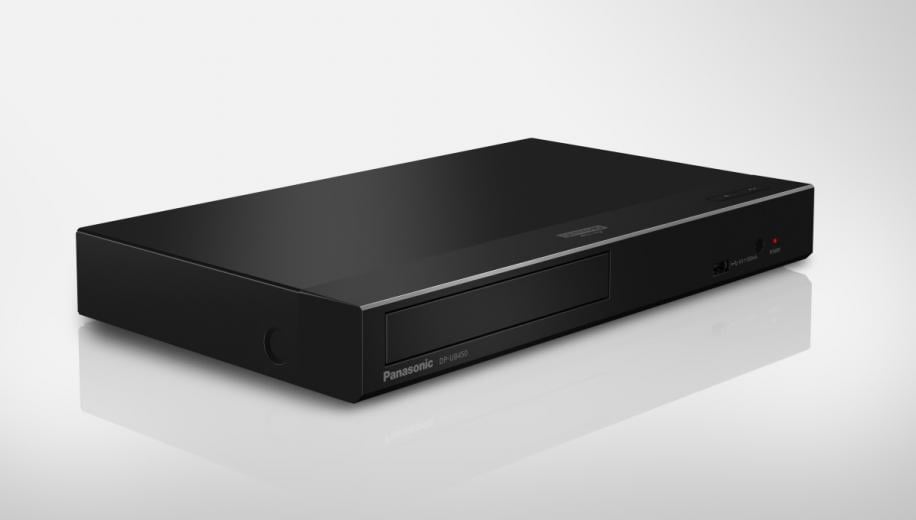 Panasonic DP-UB450EBK Blu-ray Player (2019)
SRP: £199.00
Although announced back in January, Panasonic officially unveiled the new DP-UB450 UHD Blu-ray player at their Frankfurt based press conference this week. So, what’s on offer with this new release?
Back in 2018, Panasonic’s flagship DP-UB9000 and more affordable DP-UB820 were well received by AVForums and elicited favourable reviews, winning Highly Recommended and Best Buy awards respectively.

The DP-UB450 smartly follows in their footsteps and features headline support for both HDR10+ and Dolby Vision HDR and also object-based audio in the form of Dolby Atmos, which allows the listener to fully immerse themselves in a movie soundtrack. In addition, the player is compatible with a range of high resolution audio formats so listeners users can enjoy music sources at the best possible quality. As with all of Panasonic’s UHD Blu-ray players, the UB450 supports High Dynamic Range (HDR) which has a wider, brighter dynamic range and produces improved image quality when viewed on an HDR compatible TV or projector. This improvement is applied as a global setting that has to take into account contrast and brightness differences from the darkest to the brightest scenes throughout the content.

HDR10+ and Dolby Vision use dynamic metadata contained in the HDR information to optimise brightness and contrast on a scene by scene basis, so each element of the film or show is seen in its most accurate state, supporting the filmmaker’s intended vision.

Typically, HDR10+ and Dolby Vision formats are supported by different film studios and content creators so the inclusion of both provides better a choice for the consumer when making purchasing decisions.

3D movie fans have not been forgotten and there’s support for Full HD 3D movie playback, useful if you have amassed a library of 3D movies you still wish to experience.

For home movie enthusiasts and keen photographers, 4K videos made in the MP4 format with a camera or camcorder can be played back on the UB450, and JPEG data can be output in 4K resolution.

Matching the impressive image features is the inclusion of Dolby Atmos, which gives the listener a 3D surround sound stage by adding height channels to precisely place audio effects or the sounds of individual objects at or above ear level. Paired with a sound system that can decode Dolby Atmos, the result is a fully immersive audio experience.

For music lovers, as well as playback of MP3/AAC/WMA formats, there’s support for high resolution audio playback and music files such as DSD (11.2MHz/5.6MHz/2.8 MHz) ALAC, FLAC, WAV and AIFF can be reproduced by simply connecting the UB450 to a home audio system.

Audio output is via a coaxial digital output or HMDI port, which handles audio separately from the video signal to suppress unwanted noise for the highest quality audio signal possible.