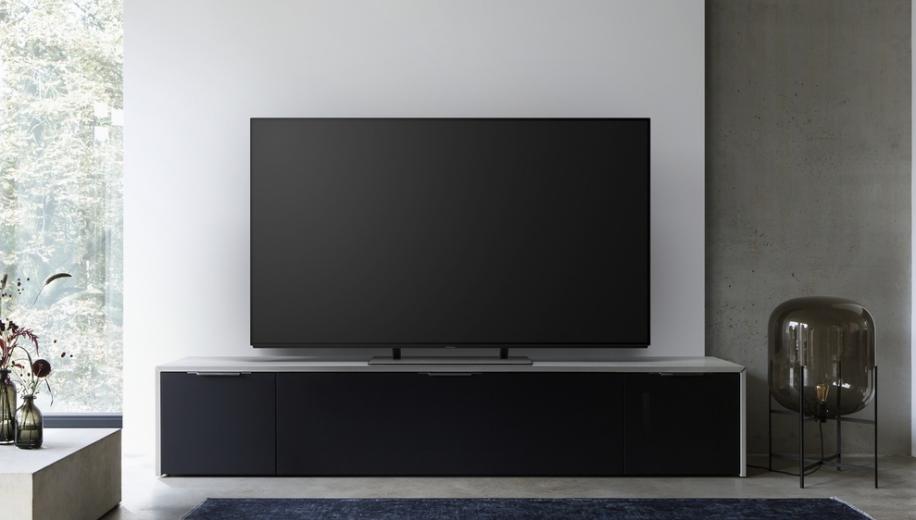 Panasonic has added another OLED to its UK TV range with the EZ952 4K HDR OLED; it will be a more affordable alternative to the previously announced EZ1002 and available in 55” and 65” versions.

Both models are powered by Panasonic’s new Studio Colour HCX2 processor, which promises the most accurate colours ever witnessed on a consumer TV, using technology previously only available on professional monitors.

The EZ1002 and EZ952 obviously support HDR, with claimed peak brightness levels around double that of ‘conventional’ OLED TVs. Panasonic also promises zero black levels to produce levels of dynamic range in excess of those required for HDR Premium accreditation.

The EZ1002 and EZ952 also include an all-new HDR Brightness Enhancer feature designed to optimise HDR picture quality in brightly lit rooms. Dark scenes, which can be difficult to see in these conditions, are optimised so as to increase in the luminance of their low brightness areas. The flagship EZ1002 model also features an Absolute Black Filter. This filter soaks up ambient light to eliminate reflections.

The Studio Colour HCX2 4K processor has been refined to handle OLED technology’s large gamut of colours. The result, they tell us, is more precise colour reproduction, especially in areas that are particularly difficult to reproduce such as dark shadows and bright highlights. A vital component of the processor is its colour-correcting system, which includes the use of professional 3D Look Up Tables. Uniquely, every single brightness step has a complete database of colours stored on the processor to ensure that the most accurate colours are always displayed, even with the most challenging of material. The EZ1002 and EZ952 can show almost 100 per cent of the DCI colour space.

The EZ1002 is so highly specced that it can even be used as a professional monitor. Professional colourists can upload and use their own Look Up Tables through the USB ports, whilst the screen also features Imaging Science Foundation (ISF) calibration settings and is compatible with Portrait Displays’ CalMAN calibration software. Panasonic has accordingly applied for full, independent certification from THX across both TV series.

Panasonic will also apply for ‘Ultra HD Premium’ certification from the AV industry’s Ultra HD Alliance organization for the EZ1002. To achieve this certification, the screen must meet an array of stringent contrast, brightness, resolution and colour specifications defined by the Ultra HD Alliance as being necessary for an accurate and spectacular HDR picture experience.

Both models are fully compatible with HDR10, the industry minimum standard for a high dynamic range screen. HDR 10 is a compulsory feature on all UHD Blu-ray content and is used by many streaming services such as Netflix and Amazon Video. Furthermore, with compatibility for Hybrid Log Gamma (HLG) HDR (as developed by the BBC and NHK of Japan), Panasonic shows its commitment to the latest technology which will be the bedrock of future television broadcasting.

With HDR gaining traction on 4K games consoles, Panasonic’s fastest-ever 4K HDR Gaming mode should meet the demands of the most proficient of gaming enthusiasts. Input lag on the EZ1002 and EZ952 has been substantially reduced to improve performance when playing 4K HDR games, although they’re not quoting any numbers.

The EZ1002 and EZ952 series will support 4K HDR streaming from Netflix, Amazon and YouTube and include Control4's Simple Device Discovery Protocol and is pending Connects with Control4 Certification. Also both series will be submitted to Creston to obtain Crestron Certification.