That's great news but which versions? 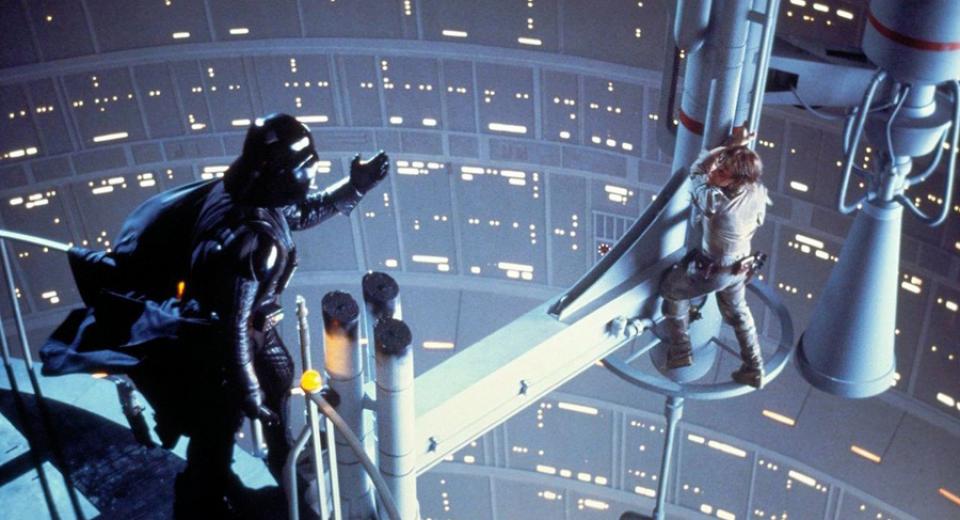 That's the $64 million dollar question.
Reliance Media Works, who were previously called Lowry Digital and worked on the earlier DVD and Blu-ray releases of the Star Wars films, as well as the original Indiana Jones movies, have announced on their website that they recently finished a 4K/16-bit restoration of the original Star Wars trilogy.

That's good news on number of levels because not only does that mean there will be 4K masters of the films for any future 4K home video release, assuming the Blu-ray Disc Association ever get there act together, but it almost certainly means that the original trilogy will get a theatrical re-release next year to whet our appetite for J. J. Abrams' forthcoming Episode VII.

Ironically, since the original Star Wars trilogy was shot on 35mm film and the original camera negative has an effective resolution in excess of 4K, it should look particularly good when projected at that resolution in the cinema. The same will not be true of the prequels, especially Attack of the Clones and Revenge of the Sith, both of which were shot at a resolution of 2K (basically 1080p). That means they can never have a resolution greater than 2K and any 4K release would have to be upscaled. Way to go George!

A new restoration is also good for another reason. The original Blu-ray release was wholly unsatisfying, with older and very mediocre high definition transfers that were clearly inferior to some the other film restorations we've seen recently. The situation wasn't helped by constant tinkering from Lucas resulting in three films that felt more like a patchwork quilt of half baked ideas. If he wasn't happy with the previous versions, and there have been a lot of them, he could at least have taken the time and money to do it properly. Frankly, a lot of the digital effects in the 'special editions' didn't look good enough for a 2K cinema release, let alone a 4K restoration.

So the big question is, which versions of the original Star Wars films have been restored at 4K? Did Reliance Media Works go back to the original camera negative and restore the 1977, 1980 and 1983 versions or are these the 'special editions'? Perhaps we'll get both, with a final, final version for a cinema reissue and both that and the original cut for a Blu-ray release.

We can but hope, although now that Disney are in charge the situation looks better than it did under Lucas. Disney have a history of taking care of their film properties, creating superb restorations and offering the original version along with any special edition. They also produce some great Blu-ray packages that combine all the previous extras with new ones. So who knows, maybe Uncle Walt can repair some of the damage done by Uncle George.

What do you think?