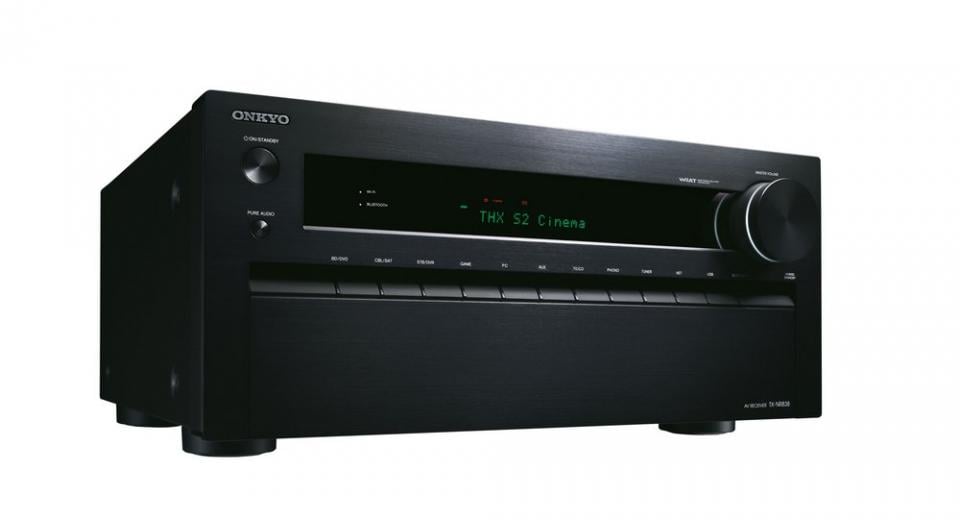 Both will feature 4K/60 Hz and HDCP 2.2-compliant video and wireless hi-res audio connectivity and have gained THX Select2 Plus certification.

The TX-NR737 and TX-NR838 both feature proprietary AccuEQ room calibration that bypasses the front L/R channels so the main loudspeakers’ unique audio characteristics are preserved, which is good news for stereo music listening. Vinyl lovers will be happy to see that that both the TX-NR737 and TX-NR838 will allow you to hook up a record player. What's more, TX-NR838 owners can select Pure Direct Analogue Path mode to physically shut down all digital circuitry in the receiver, eliminating electrical interference. Signals pass directly from the phono or analogue audio inputs to the amplifiers and arrive at the front loudspeakers in analogue form.

Both receivers feature seven HDMI inputs (six rear, one front with MHL capability for smartphones/tablets) and two outputs, with inputs 1- 4 and the frontside input supporting Ultra HD video at 60 frames per second.

“Emotion Delivered” is the new slogan.
The TX-NR737 and TX-NR838 feature HDCP 2.2 compatibility on HDMI Input 3 and Main Out, allowing the receiver to play copy-protected Ultra HD media and other premium streamed, broadcast, or physical video content. Home cinema receivers without HDCP 2.2 compatibility can only pass this premium content through to the display in standard definition (480i/576i).

'Low-definition' video from legacy consoles, DVDs, and streamed video via media players is scaled to Full HD or 4K (depending on your display) with Qdeo technology. As well as powering audio in another room equipped with a pair of speakers, the TX-NR838 transmits high-definition video to a Zone 2 display via the HDMI Sub Out. Users can route 1080p content from media players connected to the receiver and enjoy it on a second display with smartphone control. The additional HDMI output on the TX-NR737 is designed for projector connection. The TX-NR838 also features 7.2 multichannel pre-outs, five digital audio inputs, and a 12 V trigger-out for Zone 2 audio.

Built-in Wi-Fi and DLNA compatibility allows for streaming of high-resolution music libraries from PCs or media servers, with search, track selection, and playback controls all enabled via the remote app. A large variety of file formats are supported including 5.6 MHz DSD, Dolby TrueHD, and gapless 192 kHz/24-bit FLAC and WAV.

Users can also stream music stored on mobile devices via Wi-Fi, or use the onboard Bluetooth 2.1 receiver.

Both receivers provide access to a wide assortment of Internet services, including Spotify Premium, Deezer, AUPEO!, Pandora and TuneIn Radio; all of which are searchable from within the Onkyo remote app.

Graphical on-screen displays are overlaid via HDMI so that quick adjustments to audio or video can be made without interrupting the program.