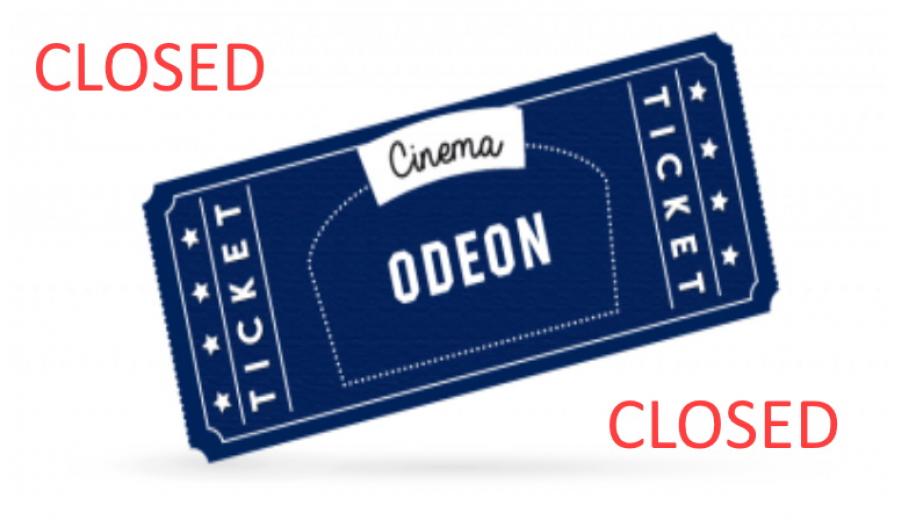 Following the government’s advice that UK citizens should avoid social gathering spaces such as pubs, restaurants, theatres and cinemas in a bid to control the coronavirus outbreak, the Odeon cinema chain has officially announced that it is closing down its venues.

In a sign of how damaging to the entertainment industry and those who work in it the impact of the coronavirus outbreak has become, cinema chains are now shuttering their venues.

The Odeon Cinema Group has the following message on its website.

Following government guidelines ODEON cinemas are closed until further notice. If you have pre-booked tickets online, these will be refunded automatically. For any specific questions, please contact our Guests Service Centre.

We look forward to welcoming you back soon.

With Odeon setting a precedent, expect other cinema chains to follow suit. The ODEON Group is owned by American corporation AMC Theatres who also own UCI Cinemas and Nordic Cinema Group, so a natural conclusion will be that these will also shut down.

Cineworld has just put out an announcement confirming its closure with Cineworld Group CEO Mooky Greidinger saying, “At Cineworld and Picturehouse we are committed to providing safe and healthy environments for our employees and guests and have therefore made the difficult decision to close our cinemas in UK and Ireland until further notice.”

The closures come on the back of the latest government advice about social distancing requirements but the entertainment industry was already reacting to the Covid-19 outbreak. Earlier, No Time To Die, the final entry for Daniel Craig’s James Bond incarnation, was moved from March 31st to November and other tentpole films for 2020 including Mulan and Fast & Furious 9 have also had their openings postponed.

An industry source  has also confirmed to AVForums that movie and TV production across the globe has effectively fully shut down with production crews sent home until further notice.

It has also been reported that smaller cinema’s including London’s BFI Southbank have closed until further notice.

Have you had your plans for an upcoming trip to the cinema dashed because of the new government guideline and these announced closures? Let us know your situation in the discussion thread.