Nintendo switches to portable only 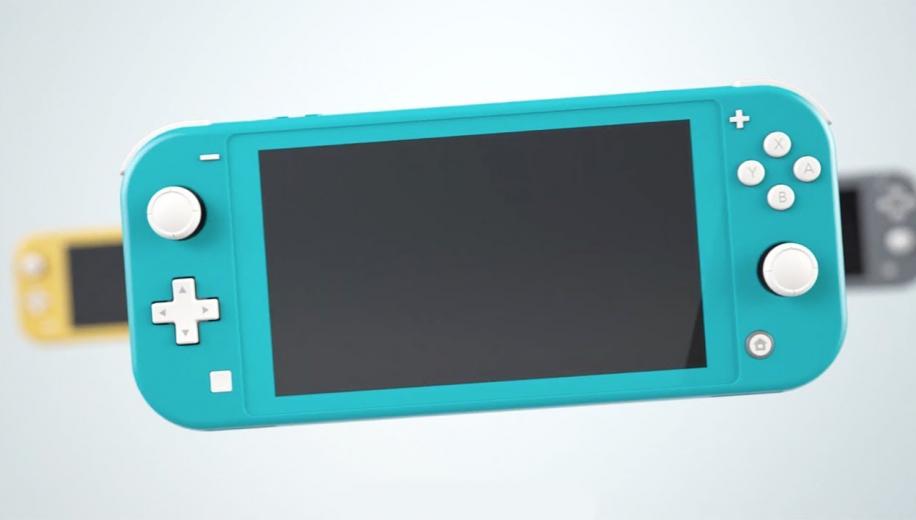 It’s been rumoured for months but now Nintendo has confirmed that their latest version of the Switch will be available from Sep 20th.
Dubbed the Switch Lite, the new iteration drops some elements of functionality in order to achieve its more modest price tag of $200.

The most immediately obvious change comes from the size of the device. It is smaller and sports a 720p, 5.5-inch capacitive touch screen rather than the 6.2-inch version current owners will be used to.

The second most significant change is the fact that it is being positioned as a purely handheld device - there’s no video output to a TV or monitor via USB-C or HDMI.

The portable nature of the console means that the Switch Lite will only play games that support handheld mode and it also no longer features detachable Joy-Cons. Additional Joy-Con controllers can still be connected wirelessly though to enable games such as Mario Tennis Aces' Swing Mode or some party games to be experienced. However, other games such as 1-2 Switch, can’t be played at all or will experience restrictions. If you are concerned about your existing game’s performance on the Lite, it’s probably best to check first using Nintendo's website. Also worth noting is that, while the headphone port is retained and the button layout largely familiar, the rumble and IR motions sensors have been dropped, and if you have built cardboard peripherals for your Switch using Nintendo Labo, then these are unlikely to fit the smaller Lite.

Beneath the matte plastic exterior is an NVIDIA customised Tegra processor and 32GB of memory (of which 6.2GB is reserved for system use) and wireless connectivity comes courtesy of Wi-Fi, Bluetooth 4.1 and NFC.

Battery life is quoted at almost seven hours but real world use will likely see a drop off below this. For example, the Legend of Zelda: Breath of the Wild can be played for roughly four hours on a single charge. Getting your full complement of juice back will take around three hours of recharging in sleep mode. A limited edition version featuring cyan and magenta buttons along with illustrations of two Legendary Pokémon and an off white case will be released on Nov 8th in time for the Pokémon Sword and Shield games.

Are any AVForums members looking to keep the family entertained during journeys or on holiday? Does this portable only Switch console sound like it might fit the bill? Let us know in the discussion thread.