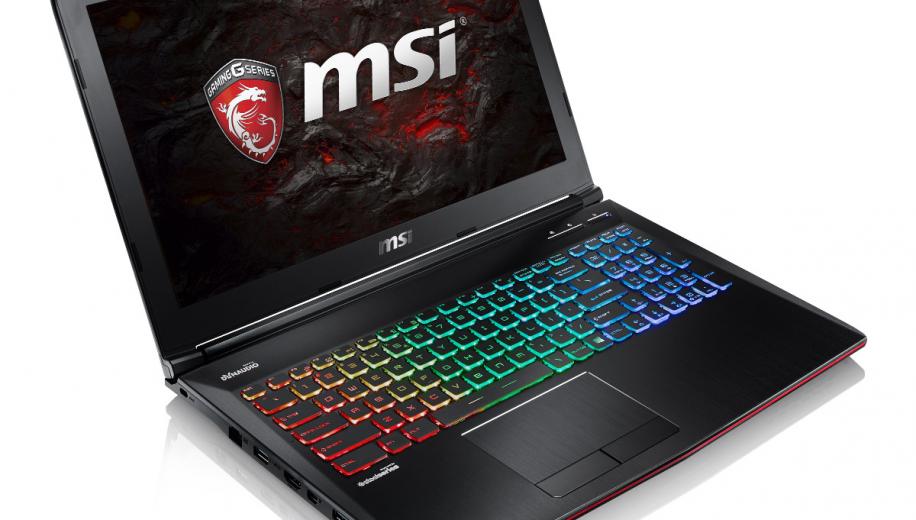 MSI has announced its next generation of gaming laptops all featuring Intel ‘Kaby Lake’ CPUs which the manufacturer believes will bring gamers a 15% (non-overclocked) to 25% (overclocked) boost in CPU performance.

Four areas where the beefed up processing will be brought to bear are in faster arithmetic, 4K Video output, general Multimedia and VR Performance.

Three of the four specified fields of improvement (arithmetic, 4K & multimedia) are of practical use in everyday operations for many PC users, while increased performance translates to faster response, the ability to operate under heavier workloads, as well as being able to operate multiple heavy-loading applications simultaneously.

Those lucky enough to own a set of VR glasses, such as the HTC VIVE, will have their VR experience enhanced with the latest 7th Gen Core i7 CPU. MSI is the only certified manufacturer to work with HTC and that means all of its gaming notebooks equipped with the latest NVIDIA PASCAL graphics cards are VR Ready.

It is no secret that MSI has been focusing on more than just gaming, VR has also been a centrepiece of its focus. The new range will be the world’s first ‘Nahimic VR’ with 7.1 sound provided exclusively on MSI gaming notebooks (on selected models). Nahimic 2+, which will be available for all new gaming notebooks launched at CES, will support more features and higher compatibility for VR games and will be optimised for HTC VIVE kits early in 2017.

In addition to the new CPU, MSI will be implementing NVIDIA GeForce GTX1050 Ti & GTX1050 graphics into the arsenal. The GTX 1050 Ti reflects the 15% higher performance compared to GTX965M, The GTX 1050 should replace the market position of GTX960M for performance level gamers and power users, says MSI