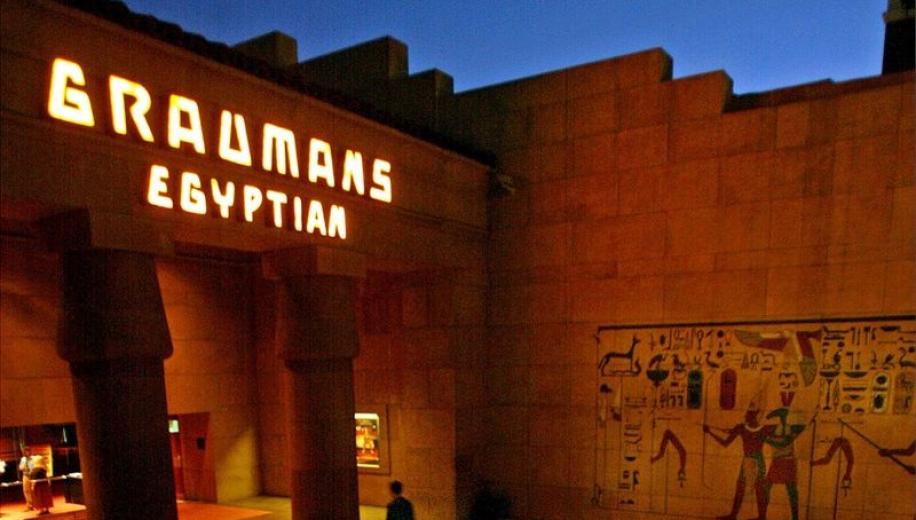 This time last year, Netflix revealed plans that it was considering purchasing movie theatres. Now, 12 months on, it looks like that plan is coming to fruition as the streaming giant enters final talks to purchase the renowned Egyptian Theatre on Hollywood Boulevard.
The report comes from Deadline, quoting sources close to the deal that it is almost done and comes in at a value of ‘tens of millions of dollars.’

Although many saw last year’s announcement as a countermeasure to the resistance Hollywood was exhibiting towards young Turks like Netflix crashing awards ceremonies without the proper movie release protocol being observed, Netflix demonstrated with this year’s Oscar success that it didn’t necessarily need to go down this route.

In fact, the purchase is probably more in keeping with the streaming giant’s goal of being accepted as a legitimate Hollywood player with an abiding love and respect for the filmed arts rather than any aspirations to become a movie theatre chain.

The Egyptian Theatre was opened by Sid Grauman in 1922 on the back of a frenzy of interest in the discovery of Tutankhamun’s tomb and its first screening was Douglas Fairbanks’ Robin Hood and the following year it hosted the movie premiere of The Ten Commandments. It is now owned by nonprofit outfit, American Cinemathique, who uses the premises as a platform to celebrate film by hosting special screenings, lectures and events. It is believed that any deal reached would allow American Cinemathique to continue to use the facilities at the weekend while Netflix continues with its own programming during the week.

Interestingly, one of the auditoriums included within the main building is the ‘Spielberg Theatre’ and if the deal goes through, most commentators will note the irony of Netflix now owning a movie screen named after Steven Spielberg, a member of the Academy Board of Governors and vocal naysayer of streaming services being eligible for Academy Award nomination. Spielberg’s main opposition is the premise that streaming services create movies that are seen directly in the home rather than movie theatres and they are therefore more adequately catered for by a television awards process, such as the Emmys. Having said that, a simple, seven consecutive night's screening at a commercial theatre in Los Angeles County enables eligibility for the Oscars, and it is this easy workaround that parts of established Hollywood object to, since the streaming companies can simply hire a theatre out for the required run.

However, there are also those in Hollywood who recognise Netflix’s support of independent filmmaking that is often overlooked by Studios chasing the next blockbuster franchise and Netflix’s success with Alfonso Cuaron’s Roma and the Coen Brothers’ The Ballad of Buster Scruggs, using the aforementioned shortcut, ensured Oscar eligibility and a wider audience.

A slated production budget of $15 billion for this year and high profile projects such as Martin Scorsese’s The Irishman, with its all star cast and epic de-aging scope, demonstrate both business acumen and creative nous and as their influence grows within the industry, Netflix are to continue to make their mark on the movie landscape.