Netflix steps in to save iconic Paris Theatre in New York

Netflix gets its own home cinema 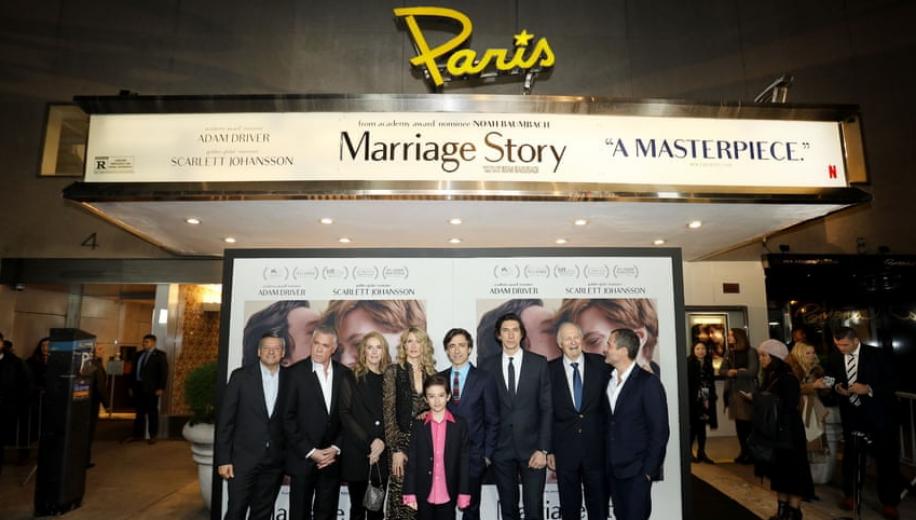 The Paris Theatre in Manhattan is one of America’s oldest art house venues and closed its doors in August after 71 years. Netflix has now stepped in and signed a lease that will keep New York’s only remaining single-screen cinema open for business.

However, cultural philanthropy to one side (and Netflix does always emphasise that they are on the side of filmmakers), it’s unlikely to be business as usual though as reports abound that Netflix will use the prestigious venue for special events as well as the screening of its own films, though the exact details of the lease are not known.

One thing is for sure though and that is Netflix will use it to counter the difficulty it faces in persuading some of the larger cinema chains to show its films given the likes of Regal and AMC in the USA are unhappy at what they see as the unnecessarily short exclusive viewing period that Netflix grants before the streamer’s content launches on its own service to its millions of subscribers. The company has a better relationship with smaller chains such as iPic and so far this year has had around 30 of its movies in front of cinema audiences.

Since the awards success of Roma in 2018, it’s fair to say that Netflix will fancy their chances again and they’ve got a handful of award worthy features ready including the critically lauded Marriage Story which has actually already screened there - the Paris Theatre reopening specially for this event - and The Irishman which has been heavily anticipated for a number of reasons including; the reteaming of Scorsese, De Niro and Pesci for the first time since 1995’s Casino (indeed it’s only Pesci’s third appearance since Lethal Weapon 4 in 1998 - not counting voices overs and Google Assistant promos); the first time Al Pacino and Scorsese have worked together; and the development of a de-aging technique that didn’t get in the way of naturalistic performances.

Oscar eligibility dictates a film has to open in a cinema in Los Angeles County between January 1 and midnight December 31, with paid admission, and run for seven consecutive days, with at least three screenings daily. Thus, it’s easy to see why Netflix aren’t necessarily keen on 30 - 90 day runs with corporate cinema franchises taking a significant cut, if a week is sufficient for awards inclusion and the movie can then move to its streaming home. However, the ability to roll out the red carpet for a movie premiere event with the stars at its own theatre must have been too appealing to pass up for Netflix chief content officer Ted Sarandos, who said in a statement, “We are incredibly proud to preserve this historic New York institution so it can continue to be a cinematic home for film lovers.”

In addition, a tweet from the Netflix Film account said: “After closing earlier this year, The Paris — New York’s last single-screen theater — reopened for a limited run of Marriage Story. Now, the iconic theater will be kept open and become a home for special Netflix events, screenings, and theatrical releases.”

The 581 seat venue has had a colourful cinematic upbringing having been opened by Marlene Dietrich in 1948 and owned initially by Pathé before going onto show mainly French titles and notably being the first theatre in the U.S. to show Franco Zeffirelli's 1968 movie Romeo and Juliet, which ran for a year.

Earlier this year it came to light that Netflix was in negotiations to acquire the famed LA Egyptian Theatre for screenings during the week while the weekends would see other activities take place. That deal has yet to be finalised.

What do the film buffs among you feel about Netflix straddling the fence now as a video-on-demand streaming service and a cinema owner?