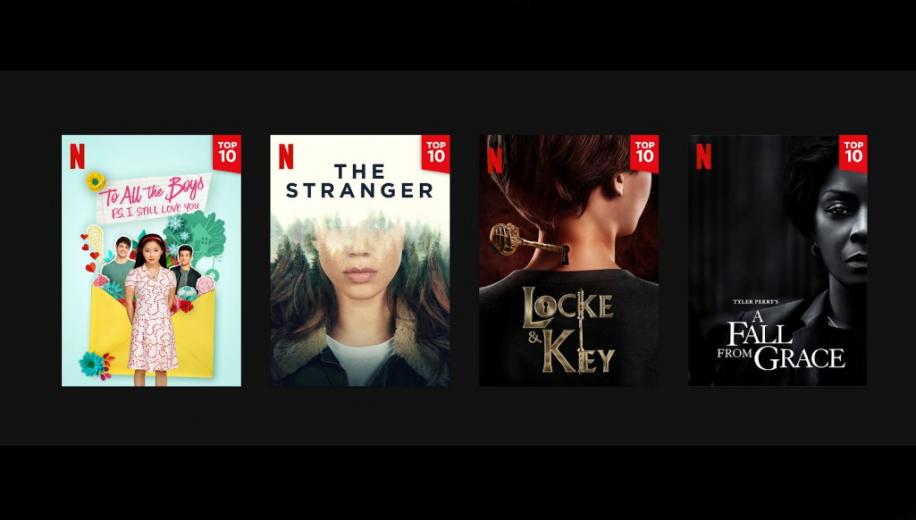 Netflix will be rolling out a new feature that will let viewers see what the most popular shows and movies are in their country.

The new service will see a specially designed row added to the interface which shows the overall top ten most popular titles in the viewers country. Clicking on the Movies or TV Show tabs will provide the top ten for each of those two categories. Netflix announced the roll out in a blog post and stated that the rankings will be updated on a daily basis and that “the position of the row will vary depending on how relevant the shows and films are to you.”

The global rollout comes after extensive testing of the feature in Mexico and the UK, where test viewers have had a chance to experience the lists since May 2019. According to Cameron Johnson, Head of Product Innovation at Netflix,  “Members in both countries have found them useful, so we are now rolling them out to even more.”

Films and TV series that make the lists will display a ‘Top 10’ badge wherever they appear on Netflix, so it will be possible to see what has previously been popular as you navigate around.

Up until recently Netflix had been reticent about divulging too much about how it arrives at viewing figures for its extensive range of content. However, it did reveal a recent change in how it gathered viewing data, explaining to shareholders last year that it was moving away from counting a 70 percent watched programme as fully consumed to just counting viewing of the first two minutes as ‘viewed to completion’. The company claims that this is a similar methodology to how the BBC captures its iPlayer viewing figures and doesn't discriminate against longer programmes or films. Netflix confirmed to Variety.com that the Top Ten lists were indeed compiled using this metric.

Lists are fun and a great way of quickly seeing what others are into so you can catch up and not miss out, but will it sideline lesser known content at the expense of the newest and most high profile material? Let us know what you think of Netflix’s Top Ten feature.