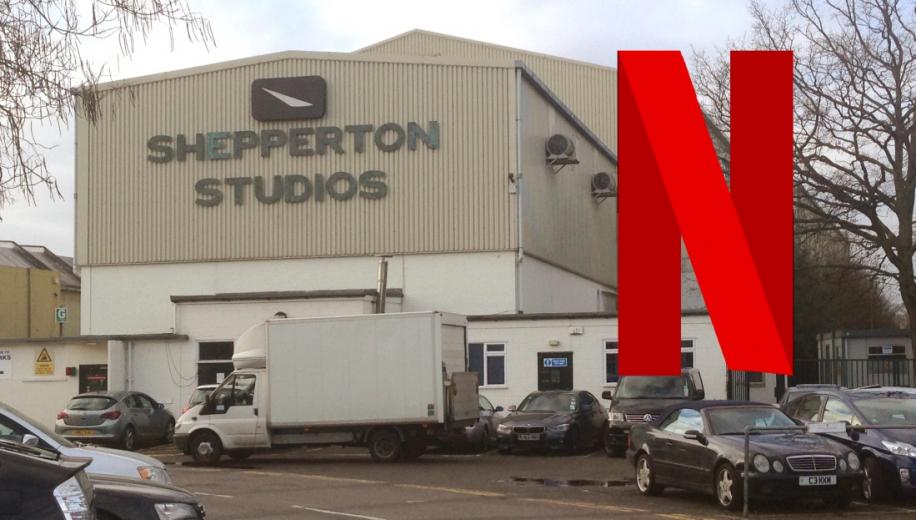 As Netflix prepares for the challenges ahead when competitors launch rival streaming services towards the end of the year, it appears to be pushing ahead with expansion into new territories.
Netflix has been occupying a good deal of column inches recently with various stories about increased viewing numbers and better use of creative budgets… and they’re not finished there either. Now the veteran streaming giant is creating a production hub at the world famous Shepperton Studios in the UK.

Meanwhile, the company is are also looking to augment its brace of European offices by opening a new branch in Poland’s capital, Warsaw, in 2020.

Having reportedly signed a 10 year lease which will see Netflix set up a permanent production base at Shepperton allowing them exclusive access to most of the site’s facilities, including the 14 soundstages, the streaming company is aiming to use studios for its slate of both current and future shows. The inaugural production will be the Charlize Theron starring action drama, The Old Guard, about a secret cabal of soldiers and which is currently filming in London, rather suggesting that the deal has been in place for a while.

Netflix’s enormous production budgets have already seen nearly 40 shows produced in the UK last year, including Sex Education, Outlaw King and The Crown, filmed variously in Wales, Scotland and at Elstree Studios. These endeavours helped employ up to 25,000 people in cast, crew and extras roles. Netflix Chief Content Officer, Ted Sarandos, said, “Shepperton has been synonymous with world-class film for nearly a century and it’s an important production hub for the UK creative community today,” He went on, “We’re incredibly proud to be part of that heritage. This investment will ensure that British creators and producers have first rate production facilities and a world stage for their work.”

The move fits in well with Shepperton and Pinewood Studios’ parent company, The Pinewood Group’s own expansion plans across the UK, as they increase their capacity to 22 soundstages in response to escalating demand for space. Netflix’s deal will ensure it can continue to create content without having to wait in line for studio time along with other content producers - something that will ensure the company always has a steady supply of programmes to attract new subscribers.

Describing Pinewoods Group’s own plans, Chairman Paul Golding said, “Netflix’s decision to base their production hub at Shepperton is a strong vote of support for the Pinewood Group and gives us great confidence as we expand our UK studios.”

Goldong added, “Our plans, which represent the single biggest expansion of stage space across the UK, will see Pinewood Group open twenty-two new sound stages, enabling us to host even more productions. This growth will help secure the ongoing success of the UK film and TV industry.”

Netflix’s expansion plans don’t stop there. BroadbandTVNews reports that with office space already in Amsterdam, Berlin, London, Madrid and Paris - and having recently made its first Polish series, 1983 - the US streaming firm is actively recruiting for its proposed Warsaw office and also for a senior level position at its Amsterdam office, which could be a base of operations for Central and Eastern Europe.

Netflix continues to get all its ducks in a row before the competition gets their services rolled out. Do you think they are far enough ahead in the game so that they’ll be relatively unaffected by the challenge? Sound investment or good money after bad? Let us know what you think of Netflix’s pre-Disney/Apple streaming strategy.