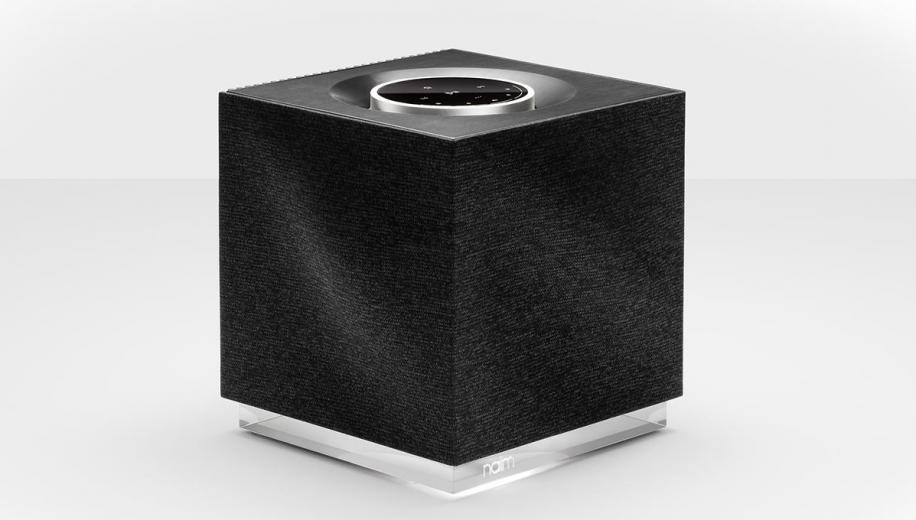 Following the introduction of the updated version of the Mu-so all in one wireless device back in May, Naim has performed a similar upgrade on its wireless speaker variant, the Mu-so QB, which now picks up its own ‘2nd Generation’ label.
Released in 2016, the Mu-so QB has undergone extensive hardware and software upgrades to boost performance and introduce new styling. The QB 2nd Generation now uses Naim’s bespoke music streaming platform, which features in Naim’s Uniti range and dedicated network players, all the way up to the company’s £20,000 flagship ND555. This provides up to 32bit/384kHz Hi-Res audio support and multi-room capabilities along with access to millions of song options via a listener’s own music library using UPnPTM, Internet radio and streaming services such as TIDAL and Spotify.

Additional connectivity is provided by AirPlay 2 to bring in Apple Music options, plus there's also Chromecast built-in. Wi-Fi connectivity has been upgraded to provide a smoother experience and there’s the option of hardwiring an Ethernet connection too. Connecting external devices can be achieved using Bluetooth, USB and 3.5mm jack options, and there’s even an optical input if you wish to plug in your TV for additional sound enhancement. Belying the Mu-so QB 2nd Generation’s compact dimensions is 300 watts of music power driving the all new driver array, which has been optimised by French acoustic specialists and Naim partner, Focal. Handling all this audio is an upgraded DSP brain which now leverages more than 10 times extra processing power than before.

Like its big brother, the Mu-so QB 2nd Generation also gains a new illuminated control dial which sports a proximity sensor that senses an approaching hand and lights up ready to receive its instructions. The new tactile interface is a hub from which to access key playback controls, playlists and radio stations. Control options also come in the form of an updated Naim app for iOS and Android, a remote control and now, the Mu-so QB is Roon ready too. A good option for rooms where a larger Naim system is not the first choice, the QB 2nd Generation can be added to other QB and Mu-so devices of either generation to create a multi-room set up with a few taps of the Naim app. The AirPlay 2 and Chromecast capabilities add plenty of alternative multi-room options too.

Charlie Henderson, Naim Audio MD said in a statement, "The launch of Mu-so Qb 2ndGeneration brings Naim's Award-winning music-streaming platform to more people - and rooms - than ever before.”

He further added, “Its size-defying power and performance make it a superb option on its own, but it's also perfect as part of a multiroom system - ideal for smaller spaces where the bigger Mu-so, which is increasingly finding a home under the TV as a soundbar as well as a music system, may not fit."

The Mu-so QB 2nd Generation wireless speaker is available from September at an SRP of £749/€849/$899 and can be customised with replacement grilles in Olive, Terracotta or Peacock colour options.

Are there any AVForms members who are Naim Audio fans? How does this upgrade sound to you and would you be tempted to get one?