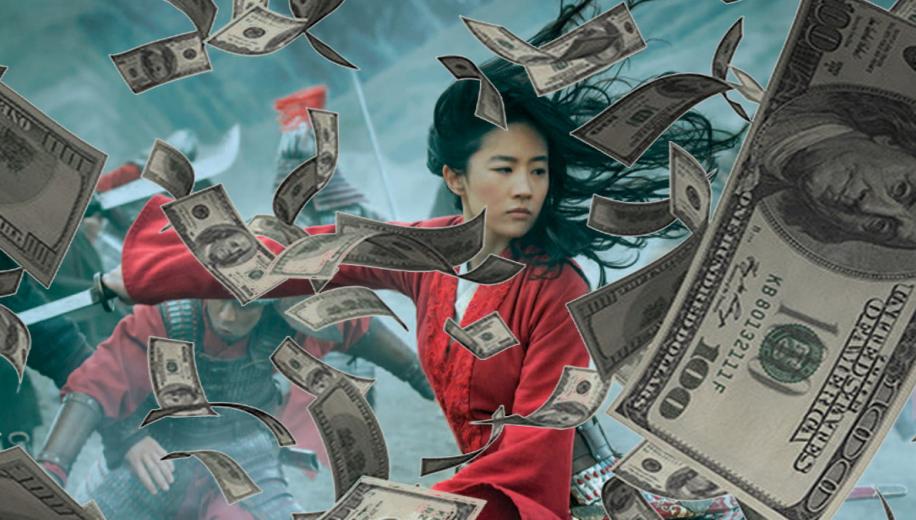 Disney’s bold move to premiere Mulan, one of its biggest movies of 2020, directly onto its streaming service for an additional charge rather than rely solely on a theatrical release could well have paid off in spades, according to latest reports.

Citing data from analytics research firm 7Park Data, movie site ComingSoon, followed by several other online news outlets, has reported an estimated $260 million bank roll from just the number of US subscribers noted to have paid the premium fee levied against the movie.

The figures mooted have no corroboration from Disney who will not be releasing any official numbers until its November shareholder meeting but who will likely be very happy with all the high profile publicity the speculation brings.

At the most recent estimate, there are 60 million worldwide subscribers and it’s assumed this splits 50:50 into US and global account holders. 7Park Data’s figures suggest that 29 percent of these 30 million US subscribers - equivalent to around 9 millions users -  paid the additional $30 to watch Mulan between 4th - 12th September, meaning a simple multiplication sum returns a figure of at least $260 million coming into Disney’s coffers just from the US audience. Given that there will be no outlay to theatrical distributors or third party streaming platforms, 100 percent of this revenue comes directly into the House of Mouse.

Bear in mind, the number of global subscribers who paid to watch Mulan is not currently known and Disney Plus has also only just rolled out to 8 further countries - Portugal, Belgium, Finland, Iceland, Luxembourg, Norway, Sweden and Denmark - who all missed the September 4th bow for the blockbuster remake. With positive figures being bounded about currently, they’re only likely to increase as the new numbers are added in.

While this seems extremely promising, it may well go some way to smoothing over the relative disappointment of the Box Office returns that came in from Mulan’s international cinema release which brought in an estimated $37 million. There was an especially disappointing response from audiences in China where it faced additional factors such as backlash over its historical inaccuracies and stereotyping.

The flat income figure is but one metric that will be of interest to Disney executives as they also pore through data relating to the concurrent spike in Disney+ app downloads, reported as an increase of 68 percent - slightly less than the 74 percent increase in downloads attributed to Hamilton’s streaming debut.

Disney’s apparent success does nothing to help the movie industry as a whole though as cinemas remain only sporadically open worldwide and movie release dates are constantly under review in response to the shifting Covid cases.

Although its theme park income may have been badly hit by the pandemic, Disney seems to have got enough options to ensure its upcoming slate of high profile movies such as Marvel’s Black Widow and Pixar’s Soul will get both an audience and, more importantly, potentially make a profit. All thanks to the path forged by the studio’ s new hero, Mulan.