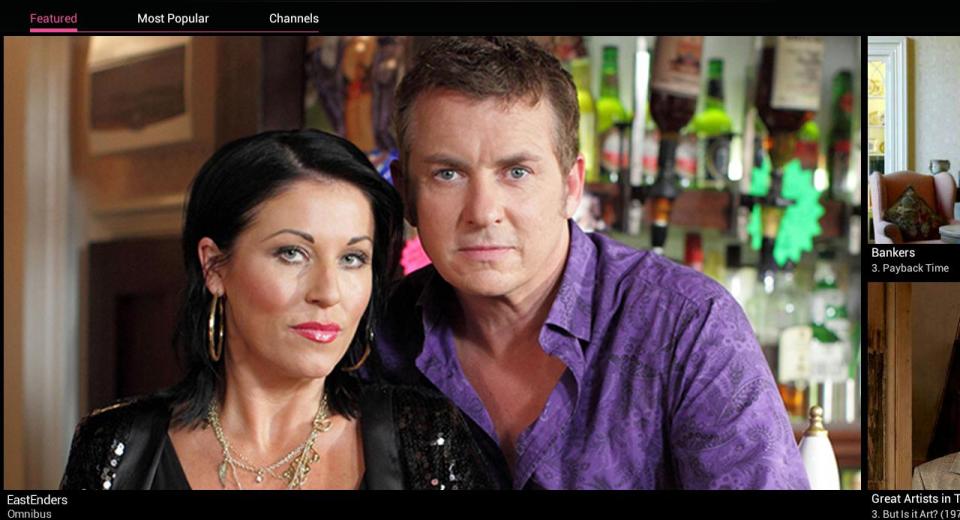 The BBC has revealed that the iPlayer app for iOS and Android has been downloaded over 20 million times in total, as mobile TV viewing overtakes TV viewing on PC.

Christmas Day 2011 and 2012 marked the top days for app downloads, with 229,200 and 385,600 downloads respectively, when many smartphones and tablets were unwrapped and switched on for the first time.

70 million requests from phones and tablets in September 2013
The BBC says that TV requests from mobile devices now make up 41 per cent of all iPlayer requests, compared with only 6 per cent three years ago. The Corporation has noted some trends around iPlayer viewing. BBC iPlayer viewing peaks slightly later than broadcast TV – with audiences hitting iPlayer at 10pm, as viewers switch to tablets to catch their favourite show in bed. And mobile viewing is also popular first thing in the morning, as viewers watch on their daily commute.

Last month, TV viewing on handheld devices continued to grow, with 70 million requests to stream or download programmes on mobiles and tablets. BBC Three comedies dominated the top programmes viewed on mobile devices – with Bad Education and Some Girls making up six of the top 10 programmes. Other popular programmes included The Great British Bake Off, EastEnders and Waterloo Road.

Downloading BBC TV shows has grown in popularity following the launch of ‘mobile downloads’ in September 2012. Since then, Top Gear has topped the list for the most popular downloaded individual episode, with 92,000 downloads for episode one, series 20. Ten other episodes of Top Gear made the top 20 downloaded programmes, along with dramas such as Luther, Ripper Street and Doctor Who, and comedies such as Miranda and Bad Education.