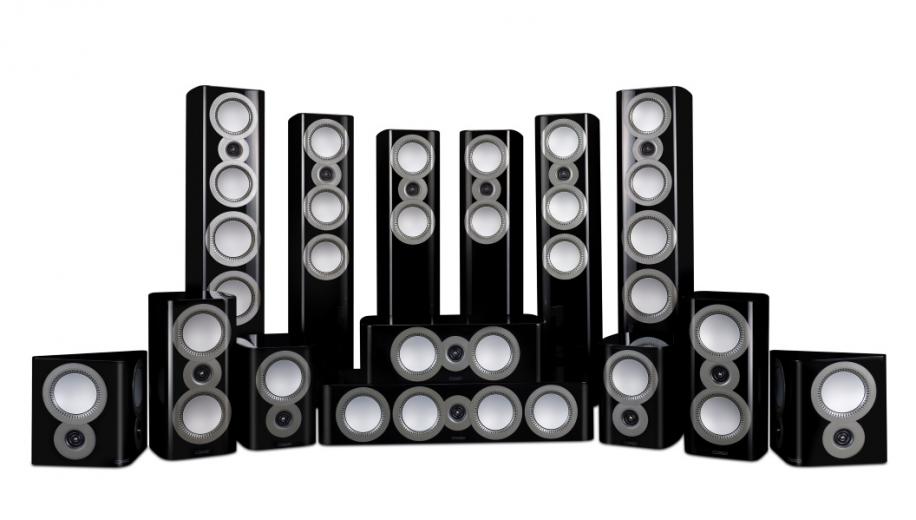 Slotting after the entry level LX and mid range QX Series, British loudspeaker manufacturer Mission has now unveiled the flagship addition to their current speaker line up - the ZX Series.

Boasting advanced drivers, innovative design and contemporary style, the ZX builds on the LX and QX range’s success and incorporates and enhances several key features in pursuit of the company’s mantra of “Music is the master. Technology is the slave.”

New technology has also been introduced for the project, including recently developed drive units, motor systems and crossover networks.

The ZX Series consists of two standmount speakers (ZX-1 and ZX-2), three floorstanders (ZX-3, ZX-4 and ZX-5), two home cinema centre speakers (ZX-C1 and ZX-C2) and a surround speaker for on-wall siting (ZX-S).
Mission has looked at the traditional tweeter-with-a-domed-diaphragm design and noted that it has an inherent flaw in that voice coil is only attached to one part of the diaphragm. This can lead to cavitation whereby the centre of a typical tweeter dome can be seen to move in anti-phase to the rest of the dome.

To address this, the centre of the textile dome is fixed, and the voice coil is attached partway down the dome which forms the dome into two rings with the voice coil in the centre - this arrangement is called the Mission Ring Dome. This enables the voice coil to drive the dome more accurately and efficiently, leading to lower distortion and improved performance at frequencies up to 30kHz and beyond, with transient performance also improved.
The Mission Ring Dome units vent into an enclosed and dampened chamber so resonances are absorbed and the back pressure on the dome is greatly reduced.

The bass/midrange drive units used in the ZX Series are an improved version of Mission’s own DiaDrive design whereby the usual cone and dust cap arrangement is replaced by a seamless curvilinear diaphragm. The seamless diaphragm is made from an advanced aluminium matrix, while the secondary sub-cone, which is connected to the voice coils, is vented to remove trapped air behind, thus reducing resonance and improving midrange clarity.
Additionally, the smoothly dished diaphragm is coupled to a distinctive inverted surround which dampens travelling waves moving towards the diaphragm’s outer edge. The inverted surround has a vented cover to control its output, which further contributes to the speaker’s clear and accurate midrange output to beyond 3kHz.

Powerful magnet systems are used by the DiaDrive units to support the driver motor systems which deliver punch and transient attack as the diaphragm follows the musical waveform. To help prevent any unwanted movement by these magnets (since only the diaphragm is supposed to move) the motor units are stabilized by special bracing systems inside the cabinets that precisely locate and brace the drive unit magnets.
Specially made damping material is present internally to absorb unwanted energy within the cabinets. This works in tandem with slot-shaped reflex ports exiting at the rear. The flair of these ports is serrated, which helps to smooth the high-pressure airflow, while the asymmetric shape breaks up the ‘chuffing’ sound that can be produced by ordinary circular ports. These ports augment the bass drivers and contribute to the speaker’s well-defined bass and transient clarity.
The DiaDrive units come in a standard 130mm diaphragm used throughout the ZX range except in the largest ZX-5 floorstanding speaker, which incorporates a larger 165mm diaphragm.

In the case of the ZX-1 standmount speaker, this DiaDrive unit is placed above the tweeter in an Inverted Driver Geometry (IDG) which helps equalise the path lengths from the two drivers’ acoustic centres, so that the sound waves coincide at the listener’s head height.

The ZX-2 to ZX-5 stereo models take this one step further with a full D’Appolito array, siting the treble unit between a pair of DiaDrive units and in the case of the ZX-4 and ZX-5, adding extra bass drivers to create a three-way configuration.

Mission’s IDG configuration also aids the design of the crossover network by ensuring the path lengths from bass/mid and treble units is partially equalised by the time the transients from each driver arrive at the listener’s ears. The extensively tested crossover helps to ensure that the drivers work in perfect harmony so that the speaker behaves as a single, coherent system.

The Mission ZX Series is available from the end of November finished in gloss-lacquered black or white.

RRPs are as follows: