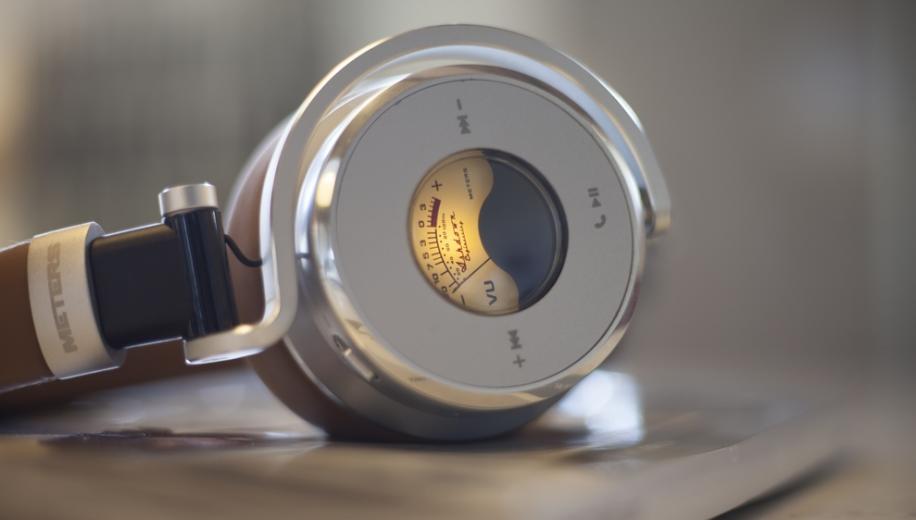 Meters OV-1B Headphones (2017)
SRP: £329.99
Meters Music, a British music company has announced its flagship 2017 headphones, the Meters OV-1B, which are billed as state-of-the-art.

The OV-1B is among the first on the market to use the new AptX HD Bluetooth technology, delivering the very highest quality wireless transmission, allowing any compatible device to deliver up to 24-bit, High Definition (HD) audio, – ‘better than CD’– direct to your headphones and without the need for a wire.

The design of OV-1B is also given a dash of musical style by Meters’ signature design feature: the fully functioning VU meters that react and move in real time to the volume of the incoming musical signal, although we guess you’d either have to take them off or look in a mirror to see them in action.

The design touch is a nod to the musical legacy that accompanies Meters headphones, coming as they do from the very same team (in their guise as Ashdown Engineering) who for 20 years have made guitar and bass amplifiers for musicians like Sir Paul McCartney, U2, Foo Fighters, Biffy Clyro, System of a Down and more.

The Active Noise Cancelling can be switched off when not required (when in a quiet environment, for example), and you can also use the headphones wired, if you’ve forgotten to charge the battery and need to use them in passive mode. They also have a phone ‘answer’ function, so you can answer a call on your device by touching a tap button on the side of the headphones. These tap buttons are also used for fast adjusting of volume and skipping tracks, with no need to touch your phone.

Specs wise, the OV-1B feature twin 40mm dome drivers, a 1.5m straight cord with in-line mic and weigh in at 380g. They have finishes in Black, Tan and Rose Gold, and are available to pre-order now for delivery in November at £329.99.