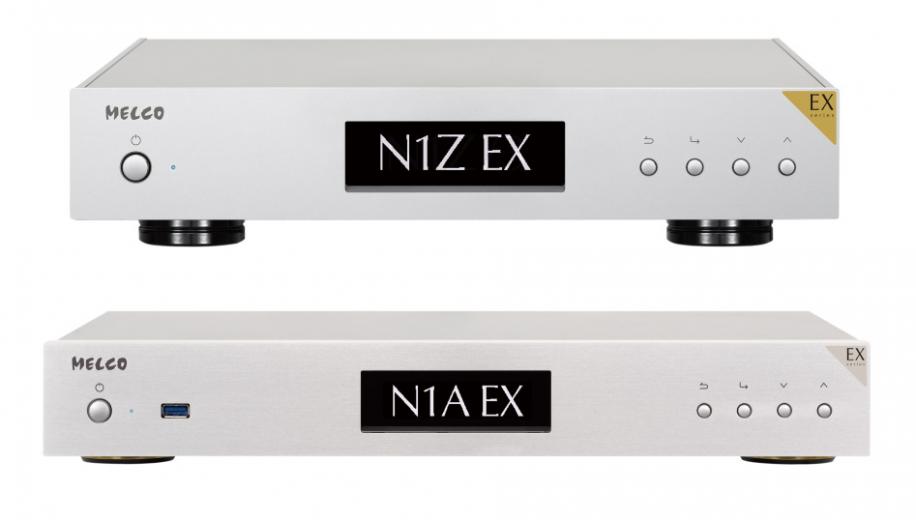 Melco’s digital music library platform gets an upgrade to the EX series of components which feature the new Melco Intelligent Music Library software.

The inclusion of the Melco Intelligent Music Library (MIML) software in Melco’s existing hardware gives rise to the new EX component series and represents a major step forward, according to Melco themselves. It provides a powerful browse and search software suite with automated metadata corrections, vTuner Internet radio plus web control from network-connected devices, including smartphones, tablets and PCs.

So crucial is the role played by MIML that the company will make it available as a paid upgrade for owners of existing Melco products. The company recommends contacting your local Melco dealer for more details.

First previewed at High End, Munich earlier this year, MIML is unique to Melco and aims to deliver improved convenience and capability to the company’s digital music libraries. It achieves this by integrating a powerful metadata engine, SongKong for Melco, plus an advanced UPnP Server, MinimServer 2, into Melco’s hardware.

MinimServer 2 provides the browse and search capabilities, whilst SongKong automatically deals with the sophisticated tagging, thus the combination enables simple locating of music even within the largest of libraries. In addition, the units’ OLED displays benefit from new software for the user interface to give greater detail of status and playback, too
In an effort to remove some of the conventions of UPnP browsing being reliant on browsing for artist, album, song, MinimServer offers relevant tags for rock, jazz and classical, along with an ultra-simple default. These profiles give users the ability to easily locate music based on browse or search on any tag in any order.

Meanwhile, SongKong can handle missing or troublesome metadata by using a variety of additional databases and sophisticated algorithms to automatically re-tag or replace missing metadata. To make the process even simpler, the system implements a series of single task controls including ‘find additional metadata’, ‘add missing art’ and ‘replace all missing data with new’. This updated metadata is then made available to MinimServer, creating a very fast and intuitive user interface.

SongKong is controlled via a simple web interface (accessed on a control device/tablet or PC) where detailed reports of tags across the whole library allow for easy selection and replacement of cover art and metadata for single albums or even whole collections.

Other benefits from the new MIML software in the EX series includes vTuner Internet radio, which has also been implemented in conjunction with an updated version of the Melco Music HD app. Here, radio stations can be browsed by genre, region and broadcaster. Additionally, the web control offers local playback into a USB DAC and Melco’s engineers have been able to increase the SSD drive found in the flagship HA-N1Z/2EX-S40 from 2TB to 4TB.

As part of its commitment to its userbase, existing machines can be updated to EX specification for a small supplement to reflect the software licenses, labour and shipping costs. Melco’s newest digital music libraries, the half-width N10 and N100, benefit from more modern architecture which is equipped to auto-update (at no cost) with Melco’s next major Internet firmware update - V4.01- scheduled for mid-December. The software will also be available, along with a software manual, on the Melco Audio website for download.

Mk2 N1A/N1ZH/N1ZS digital music libraries purchased after the Munich announcement (May 2019), can be updated via either UK or European tech support centres, or Melco dealers, for a nominal handling charge – the upgrade programme is scheduled for spring 2020. Older N1 Mk2 machines can also be updated for a cost of £175 (200 €) excl. VAT and Mk1 N1 series machines are also supported at a cost of £375 (400 €) excl. VAT. The upgrade cost is commensurate with the cost differential between non-EX and the new EX Series pricing. Melco Master Dealers will also be equipped to discuss preferential trade-in options with owners of early models.

Are you a Melco library user? If so, why not let others know in the discussion thread how you get on if you decide to upgrade your existing components?