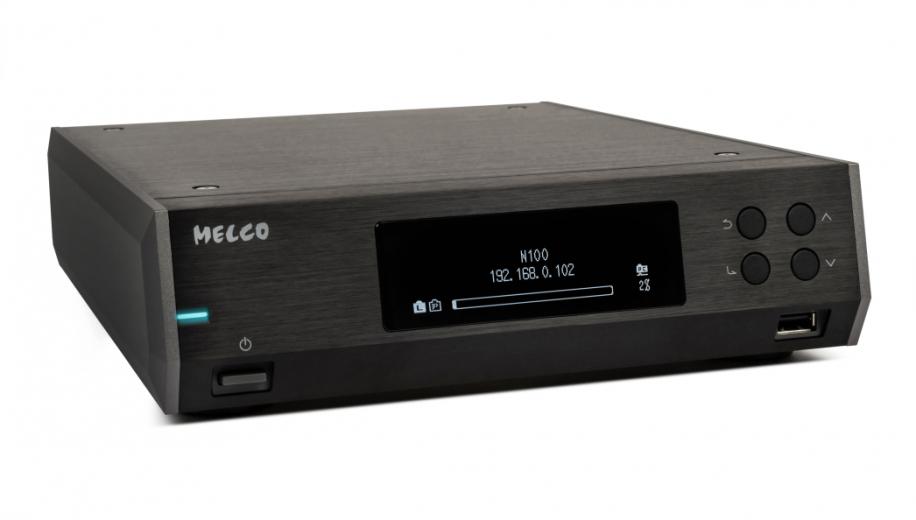 Melco has given its entry level digital music library, the N100-H20, a storage boost and announced a new high-capacity HDD variant, the N100-H50.

The newly unveiled N100-H50 muscles into the still-on-sale 2TB N100-H20’s territory with a 150 per cent capacity increase to a hefty 5 TB. Moreover, it uses the same audio-specific hard drive model featured in the upmarket N10 45th anniversary limited edition digital music library, which has an RRP £7,499.

These drives are hand chosen in the factory for their audio performance and are just one of a number of reasons why Melco reckons the N100-H50 is its best ever entry-level music library.

The N100-H50 follows its forebears and is designed from the ground up as an audio only device and thus uses only audio grade components. These reside in the 215 mm wide chassis - which is half the width of most standard sized Hi-Fi products - making it easy to place in an audio setup.

When used as a self-contained local Hi-Res digital music player via USB DAC, data rates of up to 32 bit/384 kHz and Octo DSD are supported, along with gapless and Melco markerless DSD. Moreover, the N100 will operate with both USB DACs and also Ethernet-connected players even without connection to a data network in standalone Isolated Mode.

A number of methods are available for controlling the N100-H50, including the simple front panel, the intuitive Melco Music HD app or even third party RF remote handsets. And UPnP control point apps can be used when the library is connected to a network. In addition, following a recent firmware upgrade, the N100-H50 is also Roon Ready.

For those with storage requirements beyond even the 5TB drive, storage expansion is easy with either a standard USB HDD or, to maintain sound quality, the Melco E100 2 TB expansion drive.

Importing content to the library from CD is easy using Melco’s own D100 external CD loader or a third party drive and USB sources can connect to the front panel for either importing or direct playback.

Backing up the N100-H50 music library is straightforward, simply plug in a USB hard drive and initiate via a button press.

Melco Audio’s UK General Manager, Dan Raggett commented, “The 2 TB N100-H20 digital music library has been a fantastic entry-level addition to the Melco Audio product family over its two-and-a-half-year lifespan. It has allowed many new customers to access the fantastic sound quality Melco Audio is driven to deliver.

The Melco Audio N100-H50 digital music library will be available at the beginning of July priced at £2,499 while the existing N100-H20 remains available, now priced at £1,999. Both models are available in black or silver.