MA6700 aims to be your flexible friend 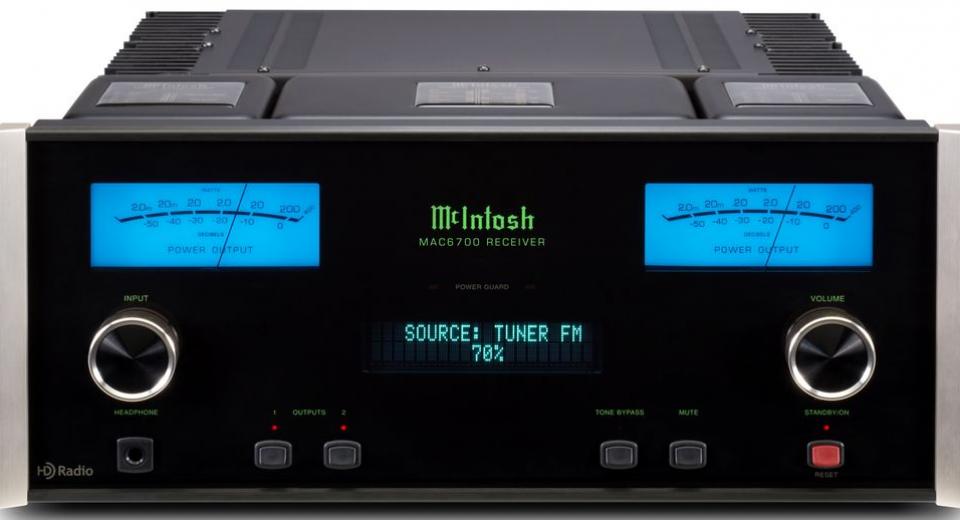 McIntosh MA6700 Stereo Amplifier (2013)
SRP: £7,295.00
McIntosh has launched its first AV receiver in around 20 years with the new MA6700. In typical McIntosh tradition, it ain't cheap but it does promise a degree of flexibility with its 11 inputs and the option of an AM/FM radio module.
It combines amp and preamp functionality, along with a high-quality DAC and MM/MC phono stage, in one unmistakably McIntosh chassis. The optional AM/FM radio module effectively makes the MA6700 McIntosh’s first receiver since 1993.

The 200-watt MA6700’s preamp section features a total of eleven inputs. This includes the three-strong digital input suite in the advanced McIntosh Digital Engine, which offers an assignable coaxial and optical input, plus a dedicated asynchronous USB 2.0 input (operating at up to 32-bit). The MA6700 also has two dedicated phono sections (Moving Magnet and Moving Coil) to deliver the best possible sound quality from turntable sources. The MA6700’s Home Theatre Pass Through feature allows for integration into existing multichannel systems and an optional AM/FM tuner module (£800), features the same high-performance technology as McIntosh’s standalone tuners. The optional module offers 20 presets for each radio band, as well as a remote AM antenna.In a further nod towards the MA6700’s intentions as a super-flexible high-performance hub, the amplifier also offers bypassable tone controls (bass and treble) plus assignable inputs. RS232 control is also offered, along with rear-panel system data and power controls.

At 34kg and 200 watts per channel, the amplifier should have enough power to properly drive virtually all loudspeakers.