McIntosh kicks off its 8th decade. 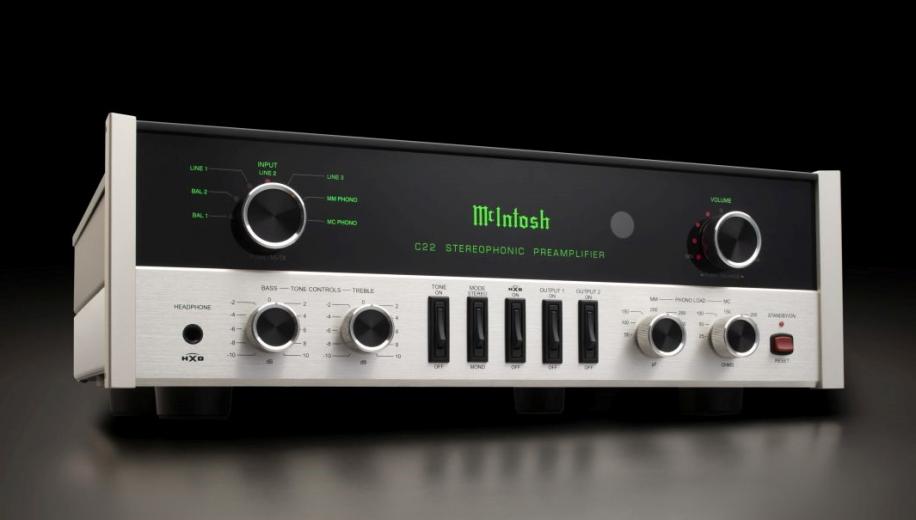 After the recent re-jigging of distribution for McIntosh products (now under the auspices of Fine Sounds UK), the company has been quick to announce its two latest products. And like clearing up the morning after a birthday party, McIntosh is using both of these products to replace the 70th anniversary model that preceded each one in 2019.

And, as always, the company has put its decades of experience to good use in its new products.

There’s a mix of rocker switches and knobs to give old school tactile control over all the available functions and the bypassable rotary tone control knobs for bass and treble can be adjusted in 2 dB increments. For a more modern touch, input selection and volume levels are given visual feedback via LED lights.

The MC1502 is powered by eight KT88 output valves split evenly between the stereo channels and a further four 12AX7A and four 12AT7 small signal valves are also employed to manage the input sections, voltage and driver amp circuits. All sixteen valves are secured safety behind by a 12-gauge stainless steel wire cage with a black powder-coated finish.

The longevity of the KT88 valves in enhanced by Air-Pipe cooling of the sockets which have ceramic base construction with gold-plated contacts to protect against atmospheric contamination. Further protection is afforded by McIntosh's Sentry Monitor technology which monitors the output current and shuts the amplifier down if it exceeds safe limits.

McIntosh's patented Unity Coupled Circuit output transformer technology means that the MC1502's full 150 watts can be delivered to almost any pair of speakers, regardless of whether they have 2-, 4- or 8-ohm impedance and is a version of the technology that was first introduced when the company was founded in 1949.

Both the C22 and MC1502 use McIntosh’s Power Control Technology which allows other connected McIntosh components to automatically turn on and off and the timeless look of each one -  including the polished stainless-steel chassis, McIntosh illuminated logo and die-cast name badges, aluminum end-caps and retro black-glass or black powder finish cage - is designed to fit into any McIntosh system, from the 1950s to today.

The C22 Mk V tube preamp and the MC1502  tube amplifier can be ordered now from Authorized McIntosh dealers with UK shipping from September and US shipping expected to begin in August 2020.

UK pricing has yet to be announced.

Drop into the comments section to let others know what you think of this news from McIntosh.