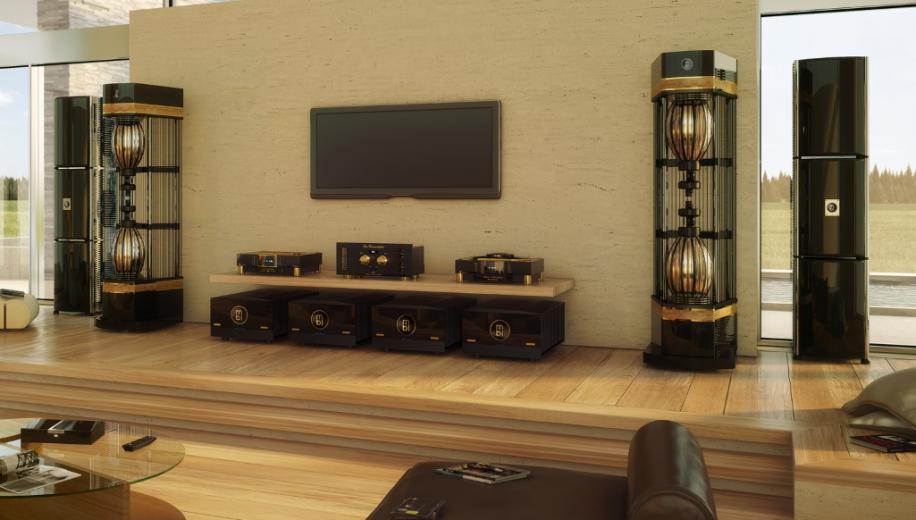 The company is in the process of establishing a select network of specialist dealers to bring its innovative products to audio enthusiasts across the country, starting in the south-west of England.

MBL was established in 1979 with the goal of being the cutting edge market leader in terms of technology by developing the most advanced speakers and audio players worldwide. These would be supported by the highest possible quality standards, superseding those of its competitors. The three founders Meletzky, Bieneke and Lehnart (hence ‘MBL’) began work on the ‘Radialstrahler’ design - an idea that many believed would not work. However, 30 years later, and now with many accolades and thousands of delighted audiophiles around the world, the spherical, 360°, pulsating sound wave design is now offered in a range of six models. These range from the ‘126’ bookshelf to the radical one-tonne, four-tower flagship ‘101 X-treme’.

Not related to 360° surround sound such as Dolby Atmos, DTS:X or Sony’s 360 Reality Audio, the omni-directional audio of the MBL Radialstrahler speakers stems from the membrane like lamellae arranged around a vertical axis for each frequency range. The resulting sound radiates out into the room with a natural balance of direct and reflected sound.

In addition to its unique speakers, the MBL range encompasses amplifiers, DACs and CD players which come in come in three series: the top-of-range Reference Line, the innovative Noble Line and the compact Corona Line (the latter with a forthcoming name change to ‘Cadenza Line’, for obvious reasons).

MBL systems are not only engineered with leading edge technology, they are also 100 percent  hand-crafted in the company’s own production facilities near Berlin with all components man-made, from development and design to the manufacturing, testing and listening. The attention to design detail means that it’s both stunning to look at, presents seamless user-friendliness and provides a room filling sound for those not in the sweet spot to enjoy.

MBL is coming to the UK soon with further announcements this autumn.