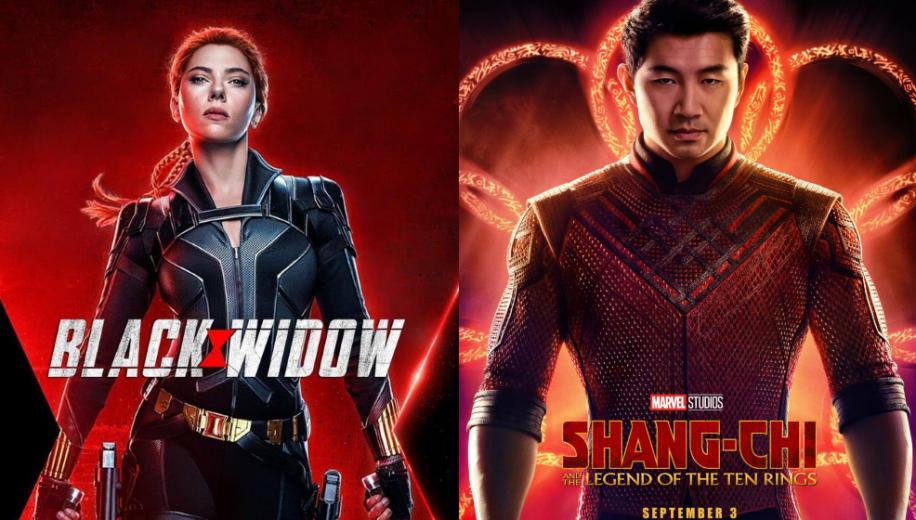 While it’s far from business as normal for everyone, cinemas around the world are starting to open their doors again and Marvel’s latest trailer reminds us all just what audiences have been missing.

The latest sizzle reel of Marvel’s Phase 4 (and beyond) movie offerings, which have now slipped over 12 months from their original release dates in some cases, serves as an enticing acknowledgement of the thrill of the shared experience of watching a cinematic blockbuster unfold with others in a dark auditorium.

With US theatres now reopening and UK government restrictions easing enough during May for cinema chains such as Cineworld, Odeon and Showcase to open on May 17th across England, Scotland and Wales (there's a tentative date of 24th May for Northern Ireland), the trailer showcases what audiences can expect from Marvel’s upcoming cinema slate.

The Marvel trailer is below:

As previously reported, Black Widow is coming to cinemas on 9th July where we’ll get to peer a little more into Natasha Romanoff’s mysterious upbringing and find out what happened to her between the Civil War and Endgame chapters as a dangerous conspiracy with ties to her past arises.

Next up is Shang-Chi And The Legend Of The Ten Rings, Marvel’s first adventure with an Asian lead actor, which is scheduled for 3rd September and introduces Shang Chi ‘The Master of Kung-Fu’, a character which many might not be familiar with, although the re-introduction of The Mandarin plus the Ten Rings from the Iron Man films will be a way in for some.

The compilation also contained the very first glimpse of Oscar winning director Chloé Zhao’s Eternals, featuring a race of immortal beings who have lived on Earth for thousands of years shaping its history and civilizations. The cast line up sees a Game of Thrones reunion for Kit Harrington and Richard Madden along with the likes of Angelina Jolie, Gemma Chan, and Kumail Nanjiani. Expect fireworks as Eternals hits cinemas on 5th November this year.

Closing out 2021 on 17th December is Spider-Man: No Way Home which has been in production for a while but which unfortunately has no footage included in the trailer.

All being well, this brings a total of four Marvel movies to cinemas between now and the end of 2021 - surely enough for even the most starved of Stan Lee’s acolytes.

Kicking things off in 2022 is Doctor Strange in the Multiverse of Madness due on 25th March. Sam Raimi directs, with Benedict Cumberbatch, Benedict Wong, Rachel McAdams and Chiwetel Ejiofor all returning alongside Elizabeth Olsen as Wanda Maximoff.

This is followed by Thor: Love and Thunder on May 6th from the perma-busy Taika Waititi who marshals MCU regulars Natalie Portman, Chris Hemsworth, Karen Gillan, Chris Pratt and Tessa Thompson all reprising their roles plus Hollywood heavy hitters Christian Bale as Gorr the God Butcher (guess he's the villain then) and Russell Crowe as Zeus.

Ryan Cooglar’s Black Panther sequel is titled Wakanda Forever and will further explore the rich world of the secretive African nation, while no doubt paying tribute to the much missed Chadwick Bossman. Wakanda Forever has a release date of 8th July 2022.

Captain Marvel 2 also has a newly confirmed name, The Marvels, which sees Brie Larson joined by Teyonah Parris as Monica Rambeau and Iman Vellani as Kamala Khan (aka Ms Marvel). The Marvels is scheduled for a 11th November 2022 cinema release.

Moving further ahead into 2023 sees the third Peyton Reed directed Ant-Man movie, Ant-Man and The Wasp: Quantumania, released on 17th February. Regulars Paul Rudd, Evangeline Lilly, Michael Douglas and Michelle Pfeiffer are joined by Jonathan Majors as villain Kang the Conqueror.  Whether Michael Peña will return as Luis for one of his virtuoso monologues is not known.

Also due in 2023, on 5th May to be precise, is Guardians of the Galaxy Vol 3 in which Star Lord whips out his next compilation cassette of pop zingers. James Gunn returns to helm this after a consensual fling with DC for The Suicide Squad.

Finally, the trailer hints at the return of Marvel’s ‘first family’ The Fantastic Four with a brief look at the logo. A third bite of this particular superhero cherry will come courtesy of director Jon Watts who jumps ship from the latest Spidey trilogy. No date has been announced for this but the project is listed as in 'Pre production' on the IMDB.

So that’s ten Marvel based movies in the next 24 months - a clear indication of the confidence Disney has in getting folks back to cinemas the world over.

Of course, theatre chains will be ensuring safety for their customers and staff with many of the Covid measures we are all used to still in place such as mask wearing, pre-booking and cashless transactions. In addition, there’ll only be prepackaged food and drink (for which you’ll obviously be able to remove your mask while you partake), staggered start times to avoid crowds building up and regular cleaning.

Along with the vaccine roll out, these measures will hopefully persuade enough cinema fans to return to fleapits around the world and once again experience the joy of an ‘On your left’ moment with like minded individuals.

Are you looking forward to Marvel’s line up? Why not drop us a comment about whether you’re confident enough with the current measures to return to the cinema over the summer?