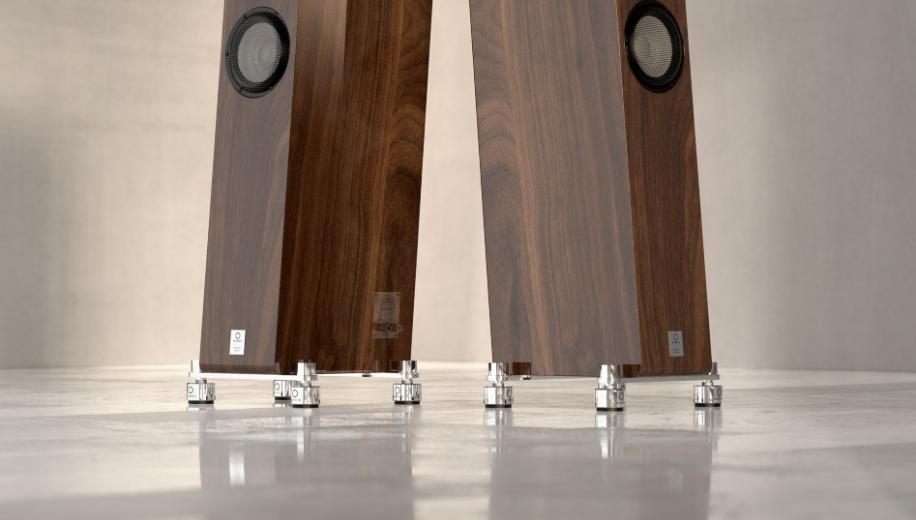 Swedish premium loudspeaker company Marten, has unveiled its Parker series of speakers: the Parker Duo, the Parker Trio, and the Parker Quintet, which all feature isolators made by IsoAcoustics.

Originally intended to be an update to the company’s Heritage line, the updates were considered progressive enough to earn a new range in which to house them. Thus was born the Parker range - the Duo, Trio and Quintet.

The pure ceramic based tweeters found on all the speakers are custom designed and each unit has a very long linear excursion and utilises the powerful Neodynium magnet system for control. There’s the option to upgrade to a Diamond Edition of each model which adds  a pure Diamond tweeter and more advanced components to the crossover and terminals.

The ceramic 7.5-inch mid-bass drivers offer a large surface area resulting in a large, precise soundstage and improved dynamics. The Duo features a single mid-bass driver while the Trio adds a second unit and the Quintet, as its name suggests, has a full complement of four.

The Marten Isolators (or pucks as they are imishly called on the company’s website) manage the interface between the speaker and the supporting surface to reduce the transfer of energy both to the floor and reflections back to the enclosure, which leads to improved sound clarity and definition.

Dave Morrison, Founder of IsoAcoustics said, “Ever since I first heard Marten speakers, I've been a fan of their sound and beauty." He added, "I have a deep respect for the choice of materials, quality of construction, and sophistication that Leif Olofsson and the Olofsson brothers have created with Marten. I am delighted they recognize the enhancement that IsoAcoustics isolation technology provides."

Designed to provide a stable foundation for the Parker series, and effectively ignore the type and material of the floor construction, the Marten Isolators allow the speakers to create enhanced three-dimensional stereo imaging and clarity. Moreover these ‘footwear for speakers’ will be made available for all Marten speakers.

Leif Olofsson, Founder and Chief Designer for Marten, added, "Marten and IsoAcoustics share the same philosophy of uncompromising realism in audio production. These are the first pair of Marten speakers to feature IsoAcoustics dedicated isolation technology; I know listeners will be blown away by the remarkable difference."