Everything you’d expect and some fancy extras 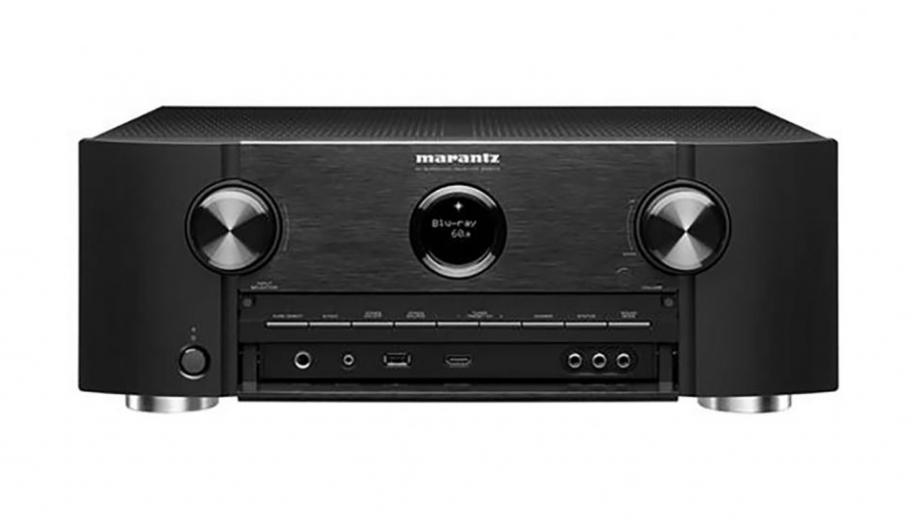 Superseding last year’s 5013 and 6013 versions, Marantz has released details of their mid-range SR5014 and SR6014 AV Receivers for 2019.
Keen to keep their models fresh and appealing, Marantz has retained all the technologies that consumers now expect to find in their AVRs including support for eARC, Alexa and Hi-Res audio formats, and added several new features too.

Among these new additions is HDMI Multiple Input Assign, whereby users can watch video on screen but choose to have the audio input from different sources. Additionally, HDMI inputs can be automatically named according to the source device, so labels such as ‘PS4’ or Apple TV’ will appear without having to faff about inputting names via the remote control, courtesy of the HDMI Auto Input Rename feature. Finally, Zone Stereo Mode initiates music playback in both the Main Zone and Zone 2 with a single button press - instant party!

So those are some of the fancy add-ons for 2019, what about the nuts and bolts that drive these latest Marantz AVRs?

The SR5014 is a 7.2 channel receiver rated for 180W per channel while the SR6014 uses Marantz’s high-current discrete power amplifiers and the company’s proprietary Hyper Dynamic Amplification Module (HDAM) circuitry to deliver 185 watts of power per channel (8 Ohm, 20 Hz - 20 kHz, 0.08% THD, 2 channel driven). The SR6014 also offers 11.2 channel processing and pre-amplification outputs so users can add an external stereo amp to configure the AVR setup as 7.2.4 or 9.2.2 for additional audio immersion.

Both SR models support Hi-Res audio and can handle 24 bit / 192kHz ALAC, FLAC and WAV lossless files plus DSD 2.8MHz and 5.6MHz audio too. A phono stage is included in both models too, catering for music fans with vinyl libraries.

Dolby Atmos and DTS:X object-based audio formats are supported, as well as height and surround virtualisation technology, DTS Virtual:X. Both AVRs will also support Dolby Atmos Height Virtualisation Technology via a future firmware update. Both this and DTS Virtual:X create the impression of 3D immersion without expenditure on extra, dedicated height speakers Both receivers are capable of 4K Ultra HD 60Hz pass-through with 4:4:4 Pure Colour sub-sampling and HDR support for Dolby Vision, HLG and HDR10 formats on each of the 8 HMDI inputs, which are also compatible with 21:9 video, 3D, the BT.2020 wide colour gamut and HDCP2.3 copy protection. The SR5014 has two HDMI outputs while the SR60214 gets three and also adds in IMAX Enhanced certification.

Both models support eARC (Enhanced Audio Return Channel), which allows transference of lossless and object-based audio, such as Dolby TrueHD or Dolby Atmos, from the TV without any compression.
Gaming fans with an Xbox One will enjoy the addition of Auto Low Latency Mode (ALLM) which will ensure a more responsive and immersive gaming experience when connected with compatible TV such as the latest 2019 OLED models from LG, which will support HDMI 2.1.

Audyssey’s MultEQ XT32 room calibration suite is included with each SR AVR. The software analyses each speaker's (including subwoofers) output based on its location within a room and calculates precision digital filters to optimize each channel for the correct frequency and time response. Additional features include the ability for Audyssey Dynamic Volume to smooth out sudden jumps in volume when changing channel or during commercial breaks.

With extended support for smart remote management, which provides access to the receiver’s setup menu over a home network or via a web interface these latest Marantz AVRs are suitable for both home cinema enthusiasts and custom installation scenarios.

The SR5014 and SR6014 will be available in the US from mid-July priced $999 and $1499 respectively. UK and European release information has not yet been revealed.