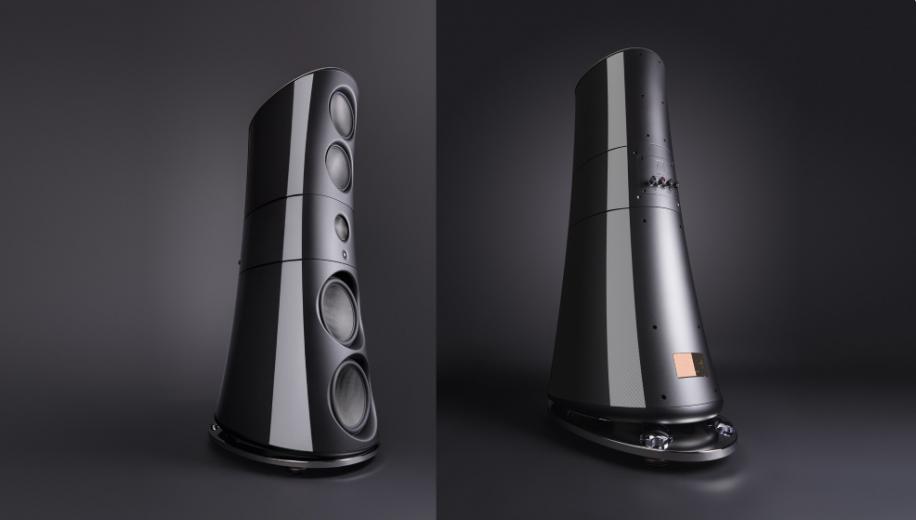 With an expected UK price of £840K, only billionaire audiophiles will be buying the new M9 speaker from ultra-high end speaker firm Magico.

Let’s just get this straight, no-one reading this will be buying a pair of M9s - they have a combined weight of almost a tonne and cost the kind of money even the most ardent audiophile would prefer to see be spent on an MRI machine for their nearest hospital.

Nonetheless, the four-way, six driver floorstander (it’s hard to imagine this on a stand or bookshelf) boasts revolutionary design elements and a state-of-the-art analog outboard active crossover, and can be seen as an exercise in just what can be achieved in the fields of engineering, materials science and acoustics.

In order to control cabinet vibration, the Magico has created the world’s first loudspeaker enclosure that features an aluminium honeycomb core sandwiched between inner and outer carbon fibre skins. This allows sound to ‘pass through’ without storing energy in the housing, thus reducing vibrations.

The enclosure also benefits from damping using aerospace composites and a design shape that reduces diffraction effects to near zero and allow sound waves from the drivers to propagate without obstruction.

Aside from the tweeter, the full driver layout is a single 6-inch midrange, twin 11-inch mid-bass and a duo of 15-inch bass drivers, all with underhung voice coils in a magnetic circuit provided by large Neodymium ring magnets.

The M9 comes with the Magico MXO analogue crossover, an active 2-way crossover which performs bass/midbass bandpass filtering and has a separate power supply. There is an additional three-way passive crossover that controls the tweeter, midrange and mid-bass drivers.

Why not let us know if you’ve recently won the lottery and intend to upgrade your current speakers to the M9s? We’ll believe you!