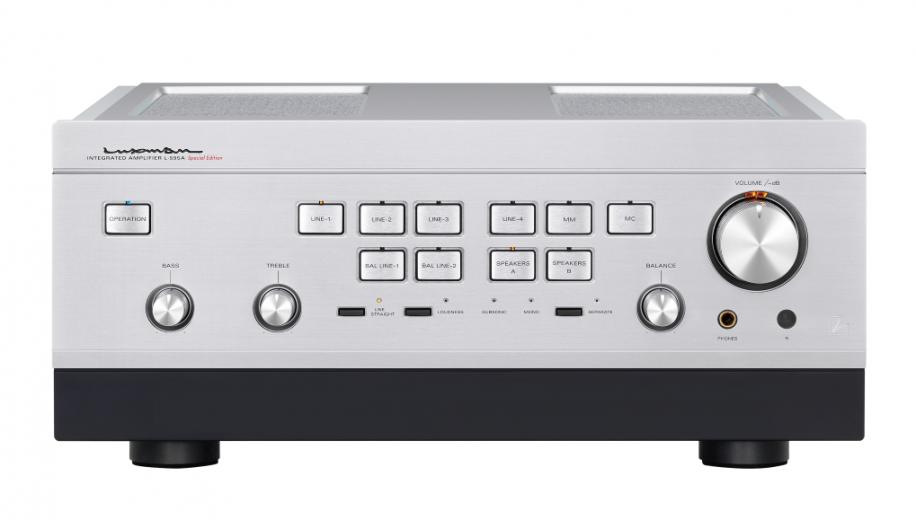 To celebrate its 95th anniversary, Japanese audio firm Luxman is updating one of its best selling amplifiers from the 90s and introducing the limited edition L-595A SE model.

Back in the 1990s, Luxman’s solid-state integrated L-570 amplifier garnered much favour and attention in the audio community and became a best seller for the company.

Now after 30 years, the L-570 has been thoroughly re-engineered inside and out to create the limited-edition L-595A SE.

Available in a production run of just 300 - each individually numbered - the L-595A SE has an outwardly similar appearance to its illustrious forebear but is enhanced by new design details and metal processing techniques along with thoroughly redesigned internal circuitry.

Overall, the retention of the pure Class A operation nods to the original L-570’s overall design ethos while the L-595A SE also takes advantage of Luxman’s latest developments, including a three-stage 3-parallel push-pull configuration and ODNF-u circuit.

The volume control section uses a new LECUA1000 electronically controlled attenuator with integrated 88-step amplifier circuitry which minimises sound quality deterioration at low volumes and the volume dial itself is seated in a stylish counterbore.

Combining the quality of a separate amplifier and preamp with the flexibility of an integrated amplifier, the L-595A SE features a built-in phono stage with switchable MM/MC compatibility and is equipped with RCA input terminals made from a copper alloy for conductivity and durability. The 4x line inputs are joined by balanced inputs and pre-out terminals.

The overall design of the L-595A SE gives a pleasing two tone appearance to the front panel, and the hairline finish has been made possible by advanced metal processing techniques and is matched by the vented top plate too.

Moreover, the independent, loopless chassis construction blocks any rise in ground impedance and the shielding plate mounting is made from copper-plated steel to block external noise.

The Luxman L-595A SE limited edition integrated amplifier is available in June for a UK RRP of £11,000, with only 300 numbered units available worldwide.