A 4K trilogy is never late, nor is it early. It arrives precisely when it means to. 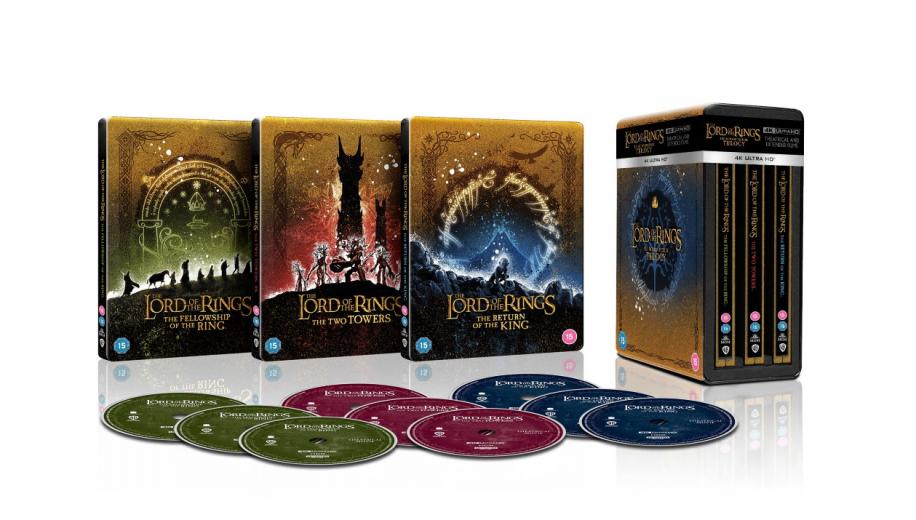 Warner Bros. Home Entertainment has announced that Peter Jackson’s The Lord of The Rings and The Hobbit trilogies will finally be available on 4K disc from 30th November.

Available in 4K for the very first time, the arrival of the two Middle-earth trilogies in the UHD format will fill the gaps in the movie libraries of legions of film fans who still hanker after the physical medium for their collections.

Available in both standard and, from selected retailers, Steelbook sets, both trilogies will feature the theatrical and extended versions of the six films in 4K resolution with High Dynamic Range (HDR) in the form of Dolby Vision which uses dynamic metadata to automatically optimise the picture for every scene, frame by frame, expanding the colour palette and contrast range.

Both trilogies will also also feature a Dolby Atmos soundtrack remixed specifically for the home theatre environment to place and move audio anywhere in the room, including overhead.

The Hobbit: An Unexpected Journey,

The Hobbit: The Desolation of Smaug

The Hobbit: The Battle of the Five Armies.

The Lord of the Rings: The Two Towers

The Lord of the Rings: The Return of the King

The Return of The King was rewarded with Academy Awards for Best Picture, Best Director, and Best Adapted Screenplay.

In addition, there will be further releases during 2021 including a 4K UHD “Middle-earth” Ultimate Collectors’ Edition featuring the theatrical and extended versions of all six films, along with new bonus content, previously released Blu-ray discs of The Hobbit Trilogy and remastered Blu-ray discs of The Lord of the Rings Trilogy. This is scheduled for release in the summer of 2021.

The Hobbit Trilogy and The Lord of the Rings Trilogy will be available on 4K Ultra HD for an RRP of £75. The Steelbook versions from select retailers will be priced at an RRP of £100.

Are you looking forward to adding these long awaited 4K versions of Jackson’s classic Middle-earth trilogies to your collection. Let us know in the comments.