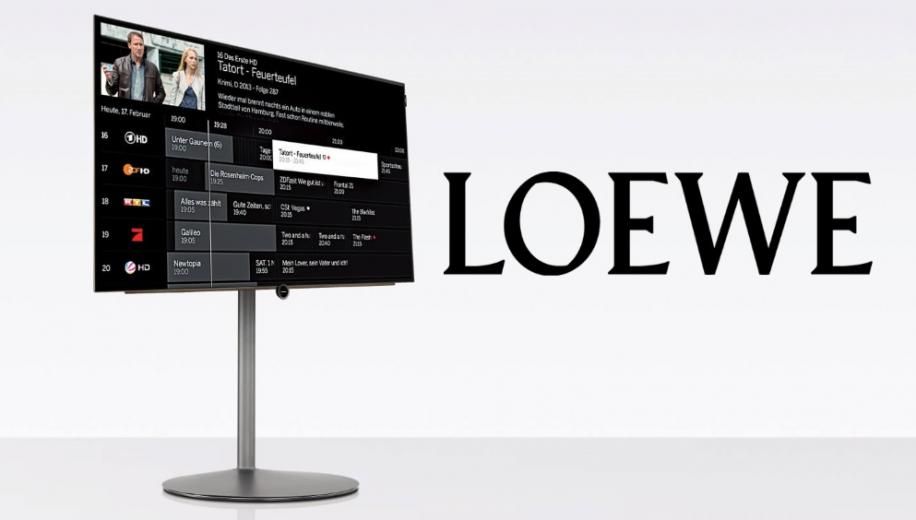 After a challenging 2019, Loewe now has a new sales team, almost 50 employees ready to go and a base back at its traditional headquarters. Partnerships and supply arrangements are being agreed and there’s a clear path forward, according to new owners Skytec.

Loewe’s re-emergence after its collapse last year is welcome news after fellow high-end electronics company Bose’s decision to close all of its retail outlets in Europe, North America, Australia and Japan.

Established in 1923, renowned German company Loewe was rescued by new owners Skytec - an international investment company, specializing in consumer electronics and technology investments - last December and they have moved quickly to ensure Loewe’s traditional base in Kronach, Germany can once again be at the heart of operations, with refurbishment due to start with the help of the first 45 employees.

One of the most important tasks for the new management team has been the re-activation of supply and technology chains and the likes of LG Display and other manufacturers have ensured panels and other key components are readily available such that most of the current Loewe portfolio can be ordered quickly and easily, thus capitalising on continued consumer recognition of Loewe’s premium branding.

Vladislav Khabliev, CEO of Skytec, summed up the last few weeks, “After the takeover of LOEWE, we very quickly sought contact with suppliers and industrial partners and received extremely positive feedback and comprehensive support for our plans.”

One of Loewe’s more important collaborators before its closure was Hisense, who was at one point interested in taking over Loewe itself. The Chinese electronics giant has returned as a key partner with a view to expanding its role after discussions took place at CES earlier in the month.

Loewe has ambitious plans to develop new products ready in time for unveiling to customers, clients and partners at this year’s IFA consumer electronics show which takes place in Berlin every September. The lineup will include both TV sets and a brand-new portfolio of audio products. Not only will there be new products but Loewe is promising new technologies too as it re-establishes itself as an industry innovator.

Aslan Khabliev, CEO of the newly founded LOEWE Technology GmbH said, “We want to get started quickly with the development of new products at the traditional location in Kronach. Until these are ready for the market, we will continue to maintain most of the previously known portfolio in the TV segment and in other areas. This means planning security for the trade. But end customers can also continue to rely on the LOEWE brand because the supply of spare parts is guaranteed.

“Our goal is to reposition LOEWE as an international premium brand for sophisticated consumer electronics. Until then, we can now guarantee continuity with the proven high product quality to the trade and also to our end customers and fans of the brand. This is also a strong signal to our retail partners who can continue to rely on LOEWE in the future when it comes to stylish entertainment and iconic 'Engineered in Germany' design.”

What do AVForums readers think about this news? Are there any owners of Loewe products who are now relieved to hear that spare parts and after-sales support are available again? Let us know what you think about this good news in the discussion forum.