All in one solution for ‘hidden’ audio. 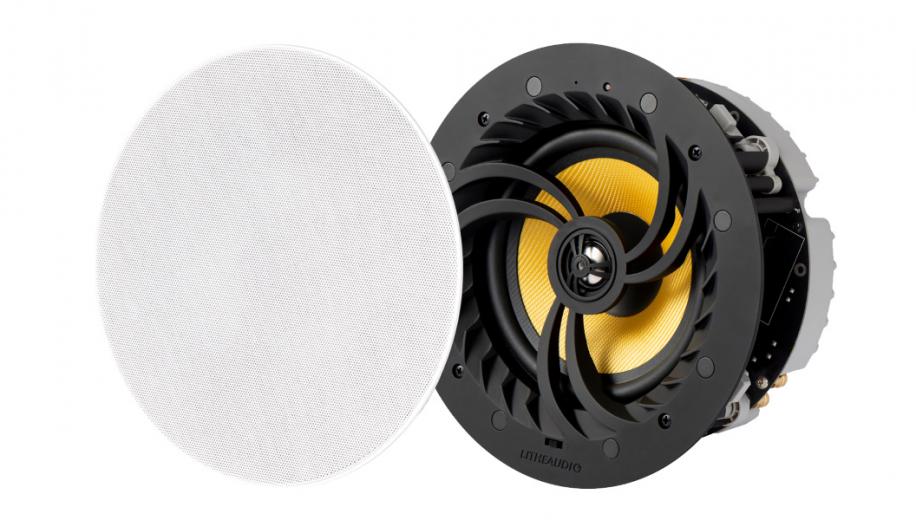 The UK based Lithe Audio range specialises in bespoke and DIY audio solutions for AV enthusiasts and developers and the newest AirPlay 2 certified ceiling speakers will allow for even more flexibility when putting systems together.

Each speaker features its own 60W RMS amplifier along with Wi-Fi built-in which means installation is speaker cable free with no additional AV equipment necessary. The frameless speakers are designed to ‘disappear’ into the ceiling, only protruding 3mm, and the easily removed magnetic grilles make cleaning or replacement straight forward. The grilles can also be painted to help them disappear (or stand out!) into the ceiling decor.

An IP44 version of the Lithe Audio Wi-Fi speakers with AirPlay 2 is also available for safe use in bathrooms and other damp environments.

Once installed, the ceiling speakers can connect to other AirPlay 2 enabled devices such as soundbars, TVs and other speakers on the same home Wi-Fi network - regardless of brand - which can all be controlled from one device, transforming owners' iPhones, iPads or Macs into all-in-one entertainment hubs.

In addition, Lithe Audio adds Apple’s HomeKit compatibility to its AirPlay Wi-Fi speakers which enables users to create Automations and link lighting, heating, security and audio - including having music play with motion sensors, pulse switches or alarm systems - through their iPhone, iPad or Mac. Using AirPlay 2 alongside HomeKit, Siri can be tasked with controlling every compatible device in your household just using your voice. Thus, for example, it’s possible to ask Siri to turn on the lights, adjust the thermostat and play your favourite playlist through the Lithe Audio wireless ceiling speakers.

Amit Ravat, MD and co-founder of Lithe Audio, commented, “ We’re thrilled to be the first to market with an AirPlay 2 ceiling speaker.” He added, “This is a truly exciting development for us - and for consumers who now have the option of a cost-effective addition to their multi-room home entertainment systems and don’t need to be locked in to a single-brand solution.”

The AirPlay 2 certified Lithe Audio Wi-Fi speakers are £329.99 for a single speaker or £399.00 for a master and passive pair and are available from: petertyson.co.uk, ceilingspeakerworld.co.uk, audiovolt.co.uk or kitchenbathroomradio.co.uk