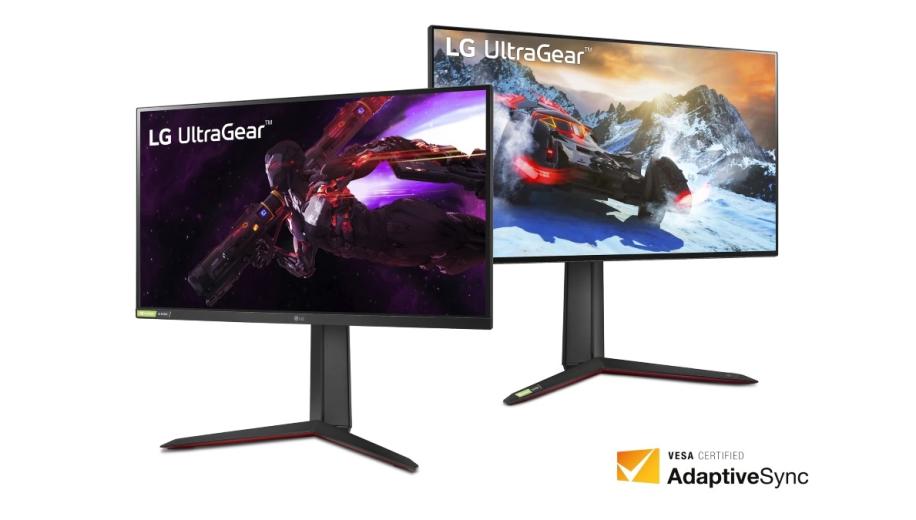 LG Electronics has announced that its new 27GP950 and 27GP850 UltraGear gaming monitors are the first in the world to come with VESA AdaptiveSync Display certification.

Awarded by the Video Electronics Standards Association (VESA) the Adaptive-Sync Display is a new protocol that adopts a series of clear criteria that a product must support in order to earn the non-hyphenated certification and its subsequent logo as a badge of honour. These Compliance Test Specifications (CTS) are made up of more than 50 tests that cover the likes of high refresh rates, fast Grey-to-Grey (GTG) response times and low latency, and LG has said that its 27GP950 and 27GP850 UltraGear gaming monitors have “met or exceeded the test scores specified in VESA’s new open standard.”

The two 27-inch monitors boast advanced LG Nano IPS panels, and come with 4K and variable refresh rates (VRR) up to 120Hz using HDMI 2.1, along with up to a one millisecond GTG response time in Faster Mode to help keep the on-screen action fast and fluid. We’re sure PC and console gamers alike will already have done their own very thorough testing of the UltraGear monitors, but having the VESA seal of approval is a further testament to the technology in place.

Commenting on the announcement, Seo Young-jae, senior vice president and head of the IT business unit of LG Electronics’ Business Solutions Company, said: “We are proud the LG UltraGear became the first-ever monitors to receive VESA AdaptiveSync Display certification. With upcoming 2022 models including the UltraGear 27GP95R, we will not only meet the high standards of VESA’s performance tests, but also satisfy the expectations and diverse needs of today’s consumers.”

If you’re tempted by either model, both the 27GP950 and 27GP850 are currently available at a discounted price on the LG website, down from their usual RRPs of £799 and £379 respectively (with further reductions for LG Members).