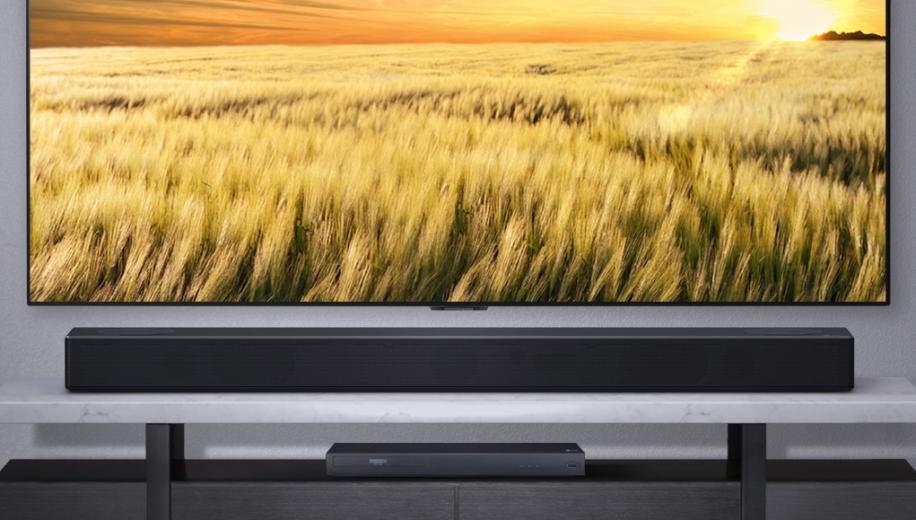 LG’s 2020 range of soundbars now have UK prices and availability confirmed along with a range of self-cleaning wireless earbuds, neckband headphones and Bluetooth speakers.

The 2020 range of soundbars from LG were unveiled in January at CES2020 and are designed to accompany its latest range of TVs, though of course they can be used with recent televisions from most manufacturers.

Models from the SN7CY and above support Dolby Atmos and DTS:X while, at the entry level end, the SN5 supports DTS Virtual:X technology for an audio experience that generates virtual height and surround channels.

Once again, LG has teamed with Meridian Audio to provide advanced technologies for enhancing the sound stage, including Bass & Space which boosts low-frequency reproduction and widens the soundstage, and Image Elevation which delivers a more lifelike listening experience by elevating the perceived height of vocals and lead instruments.

In addition, the introduction of AI Sound Pro automatically analyses content to instantly optimise audio settings for what’s playing, while the SN9YG and SN11RG benefit from AI Room Calibration which uses spatial awareness technology to measure your room's unique acoustic characteristics and then balances the sound bar's audio settings to the environment for an immersive sound with a more accurate sweet spot.

In keeping with its flagship position, the SN11RG also comes fully equipped with two wireless rear speakers which combine forward and upfiring drivers and the full 7.1.4 channel configuration is features 770W of power.

Additionally, LG has announced the launch of two brand new TONE Free wireless earbud models, the HBS-FN6 (£149.99)  and HBS-FN4 (£99.99) which both benefit from Meridian Audio technology. The HBS-FN6 features LG’s industry-first UVnano case, which eliminates bacteria and germs on the earbuds as they charge and both models are available from the 6th July in matte Stylish Black and glossy Modern White.

Let us know what you think of LG’s prices for its 2020 soundbars in the discussion  thread.