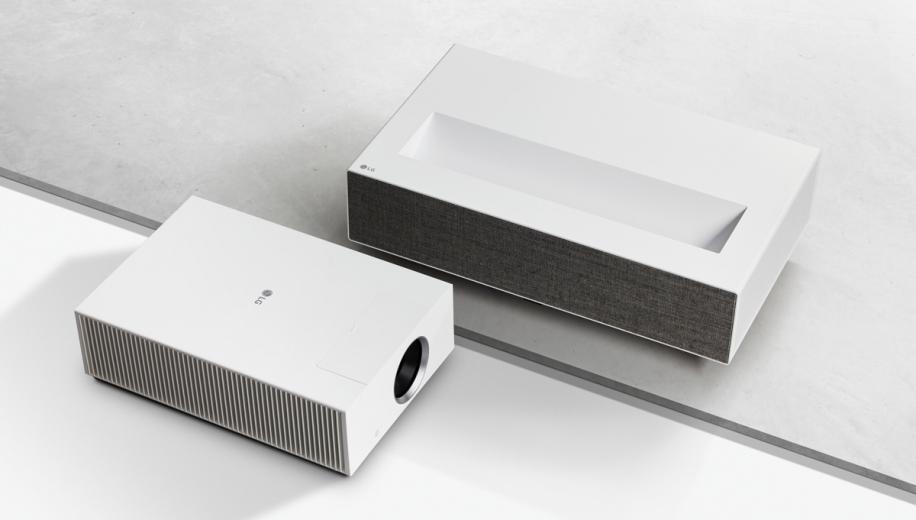 LG has announced the latest additions to its CineBeam projector family for 2022, with the LG HU715Q Ultra Short Throw and LG HU710P ready to upgrade your home cinema experience – and maybe in the back garden as well.

These two impending arrivals look well set to bolster LG’s CineBeam range, with the HU715Q Ultra Short Throw certainly living up to its name by offering another novel solution for a home cinema set-up where space might be at a premium. Along with the LG HU710P, the two stylish models promise high-quality visuals in variable light conditions, and look to build upon the likes of the HU86LS and HU70LS we saw back in 2020.

Capable of displaying a 100-inch image at a distance of just 21.7cm (up to 120-inch a further 10cm away), the HU715Q UST laser projector could make it a tempting option for home cinema enthusiasts looking for something that fits more naturally into a living room, or perhaps even as a portable option to take outside for evening screenings in the garden, boasting a 2,500 ANSI lumen display. It also benefits from its own built-in 20W+20W surround system, with quad woofers and 2.2 channel stereo, along with Bluetooth compatibility to further add to your audio options.

The HU710P is a rather more traditional solution, delivering that same 100-inch display from a range of 2.9-4.6 metres. Whereas the HU715Q has no zoom capability, the longer-distance HU710P has a 1.6x zoom function, giving you greater flexibility in terms of its screen size (40-300 inches, compared to the HU715Q’s 80-120 inches). It also uses a wheel-less hybrid laser-LED technology designed to create deeper blacks and a bolder image, delivering a brightness of 2,000 lumens.

Both models offer up a 4K UHD resolution, a 2,000,000:1 contrast ratio, and come with the same three HDMI inputs and two USB 2.0 ports. You can also expect a similar array of features, including Brightness Optimiser with Adaptive Contrast to fine-tune performance in ambient light conditions, and Dynamic Tone Mapping to deliver enhanced HDR visuals (including HLG and HGiG). There’s also Filmmaker Mode, TruMotion, and LG’s own webOS 6.0 platform giving you the kind of user-friendly access to the main streaming services you’d expect, along with support for Apple AirPlay 2 and HomeKit.

The two projectors are rated for 20,000-hour lifespan and come with keystone correction through 4-, 9- and 15-point warping for easy alignment with minimal distortion. Both models are due to launch in the first quarter of 2022 (or roughly within the next six weeks) across Europe, North America and Asia, with the Middle East and Latin America to follow. LG’s UK website has the HU715Q priced at £2,998.98, with the HU710P at £2,498.98. Tempted?