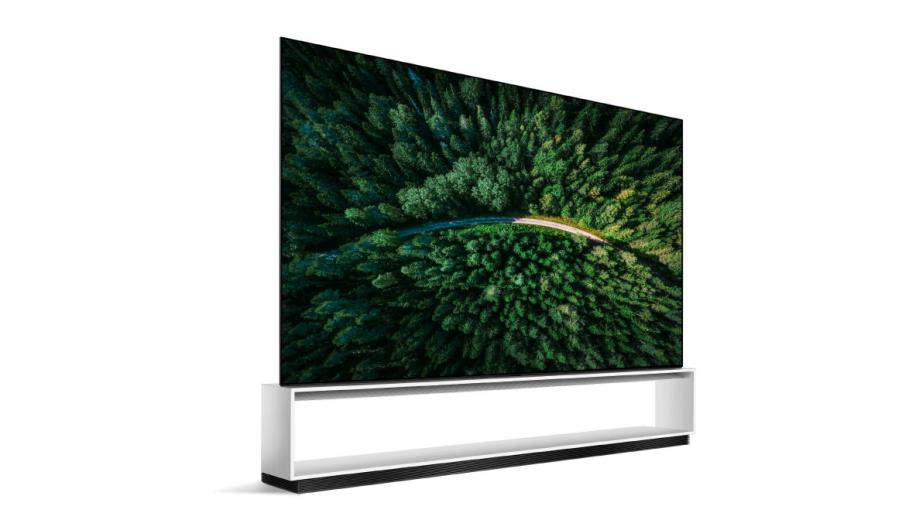 LG’s latest 8K models include the world’s first 8K OLED TV, the 88Z9, and the 75-inch SM99 8K NanoCell which will hit global markets starting with Australia, Germany, France, the UK and the US.
In addition, both models have been deemed to surpass the resolution measurement criteria set forth in the Information Display Measurements Standard (IDMS) established by the International Committee for Display Metrology (ICDM). This states that the resolution of a display not only depends on meeting or exceeding a specific number of pixels - in the case of 8K this is 7,680 x 4,320, or 33,177,600 pixels, but also on whether those pixels can be adequately distinguished from one another.

In order to measure how distinct neighbouring pixels are from each other, the ICDM uses a universally-referenced industry standard known as a Contrast Modulation (CM) measurement. Minimum values of 25 percent for images and 50 percent for text are deemed to indicate that the differentiation between pixels adequately reflects the stated resolution. In the case of the LG SIGNATURE OLED 8K and LG 8K NanoCell TVs, the measurement exceeded 90 percent, so viewers can rest assured they will be experiencing all the detail that 8K affords.

What won’t cause confusion though is the fact that the 88-inch LG SIGNATURE OLED 8K TV (model 88Z9) is both the world’s first 8K OLED and also LG’s largest OLED to date, and with design awards already under its belt for its virtually bezel-less display, brushed aluminium stand and integrated 80W speaker system, experiencing 4 times the number of pixels over and above a 4K UHD TV will certainly catch the eye.

Equally, the 8K picture delivered by the 75SM99 NanoCell TV is assured by a combination of Nano Colour technology which enhances colour reproduction by filtering out impurities and by the use of Nano Black, which is a Full Array Local Dimming (FALD) Pro technology optimised for 8K to control the black and contrast levels.

Common across both the OLED and NanoCell 8K models are six-step noise reduction (up from four-step) and 8K upscaling to convert HD and UHD content, which is all powered by LG’s second-generation α (Alpha) 9 Gen 2 8K intelligent processor. Using deep learning and access to a database of reference images and sounds, the α9 Gen 2 8K optimises image and audio quality while at the same time analysing the ambient lighting conditions to produce the best possible screen brightness. And for a close to cinema experience, Cinema HDR supports Dolby Vision and Advanced HDR by Technicolor up to 4K and static metadata HLG and HDR10 HDR formats up to 8K.

Enhanced audio comes in the shape of an algorithm that can up-mix standard two-channel audio to fully immersive 5.1 surround sound. In addition, both 8K TVs are WiSA Ready to enable them to connect wirelessly to home theatre setups and take advantage of uncompressed 16-bit audio on up to 5.1 channels. Future-proofed connectivity comes courtesy of four HDMI ports that support the latest 2.1 specifications, so gamers looking at the next generation of gaming consoles from Sony and Microsoft will be able to take advantage of 8K content at 60 frames per second as well as auto low latency mode (ALLM), variable refresh rate (VRR) and enhanced audio return channel (eARC).

Apple AirPlay 2 and HomeKit support will be available in over 140 territories and allow the TVs to receive content streamed from iOS devices such as iPhones, iPads and Macbooks as well as enable control over compatible smart devices around the home. Adding to this control will be built-in versions of Google Assistant and Amazon Alexa (depending upon availability) allowing simple voice commands to control the TV and further integration into the smart home ecosystem.

He added, “LG 8K OLED and NanoCell TVs aren’t just TVs with more pixels, they also deliver all of our latest display technologies.”

While LG's latest 8K TVs are probably out of most AVForums member’s price bracket, their presence on the market denotes the latest and most sophisticated TV products now available. What do members think of this? Let us know in the discussion thread.