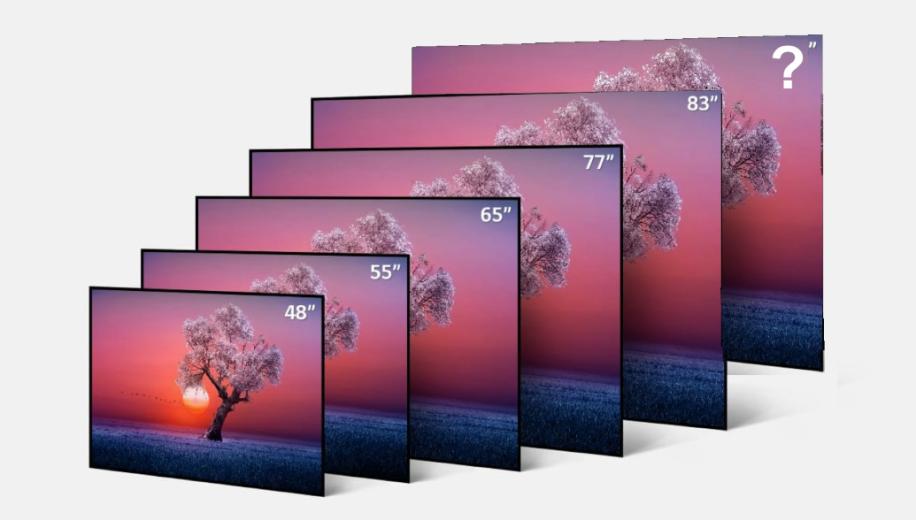 As the TV market moves ever more towards ultra large TV sizes, LG is said to be readying its largest OLED TV, yet with a room-busting 97-inch model tipped for 2022.

Online news outlet Korea Bizwire has reported that, after LG Display announced plans at an international forum to release 97-inch ultra large-sized OLED panels, sister company LG Electronics is preparing commensurately sized TVs - although there’s no indication whether they will be 4K or 8K resolutions.

The move is a possible response to Samsung’s plans to release a 99-inch microLED TV by the end of 2021 with the sizes from each of the two companies virtually matching each other, though in the face of increasing screen sizes, Samsung’s latest microLED TVs will actually be getting smaller with 88- and 76-inch models planned.

LG’s 2021 TV lineup includes the current largest OLED TV in the world in the form of the 88-inch 8K Signature ZX OLED and even as a 97-inch model would take that accolade, the rumour mill speculates that LG will top that with an even larger model.

While TV company bragging rights could be a driver here, there’s no doubt that the ultra large TV sector is growing at a rapid rate as big screen entertainment in the home becomes more appealing. According to data from industry researcher Omdia, 75 inch-plus models secured a share of 14.6 percent (in terms of value) in the global TV market in the first half of this year compared to the same period in 2020.,

Accompanying the preponderance of bigger TV screen sizes, there’s a surge in laser TVs/UST projectors which can easily display images sizes up to 120-inches and as TV companies pursue the big screen entertainment market LG and Samsung have horses in both races since they also produce the HU85LS and LSP9T The Premiere laser projectors respectively.

Price apart, one can’t help but feel that UK viewers may well be squeezed out of these larger sizes with the very real limitation of space in the average UK home precluding many TV consumers aside from enthusiasts with dedicated AV rooms and those in larger properties.