OLED specialist has mini LED in back pocket 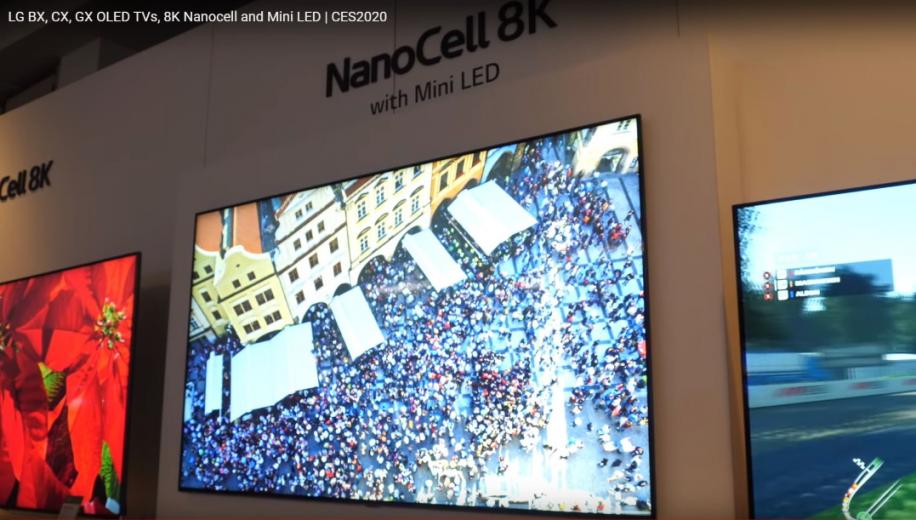 During an interview with LG Electronics at this year’s CES, AVForums couldn’t help but notice a rather unusual TV (for them anyway) sitting amongst the ever-present OLED and NanoCell models - an 8K concept TV based on Mini LED technology.

Currently being championed by TCL with their Vidrian technology as an alternative display technology to OLED, seeing this on the LG stand comes as a bit of shock, after all, why would LG be exploring a rival technology when they have so much invested in their OLED based strategy going forward?

James Thomas, Product Manager, LG Home Entertainment explained, “This is brand new for the show and is a NanoCell display using mini LED backlighting.”
There were very few technical details about the technology included in the panel with only a promise of ’better dimming with mini LED zones’ and ‘deeper blacks and no halo effect’ along with a 4,000 nit brightness.

Assuming LG is using a similar approach to TCL, then the panel will have tens of thousands of small LEDs controlled by thousands of dimming zones and it’s the magnitude of this leap forward in numbers from hundreds to thousands of LEDs and dimming zones that brings the image quality closer to that which is delivered by OLED.

OLED TVs already deliver deep blacks due to the self-emissive nature of the organic LEDs used, whereby switching them off extinguishes their light immediately, resulting in near-total blacks. Since each pixel can do this, they are acting as their own on/off dimming zones and it’s this that the mini LED approach is trying to emulate.

LG didn’t mention the number of dimming zones at work on the concept version but stated that the wider number of zones gave much finer detail with black levels and decreased blooming.

One advantage of mini LED panels is that production costs are lower than for OLED since most of the technology used is very well established and production techniques are mature. On the other hand, OLED production can still result in low panel yields which does nothing to help drive the final TV costs down for the consumer.

So, whether LG is seriously pursuing mini LED display technology for a post OLED strategy (or even positioning it alongside OLED) or are merely sending a message to rival manufacturers that says ‘Yup, we can do that too!”, its extremely unlikely TV buyers will be able to get their hands on this TV.

As Thomas reiterated to AVForums, “It’s not one we’re bringing to market this year, we don’t have any plans for that but we’re just obviously showing that we have that technology.”

So, for the foreseeable future, the LG 8K mini LED TV will probably only be making appearances when LG wishes to remind the TV world that it's not going anywhere.

What do readers think about this unexpected development? Is it a sensible business decision by LG to cover all its bases or does it show a crack in its OLED armour? Let us know what you think in the discussion thread.