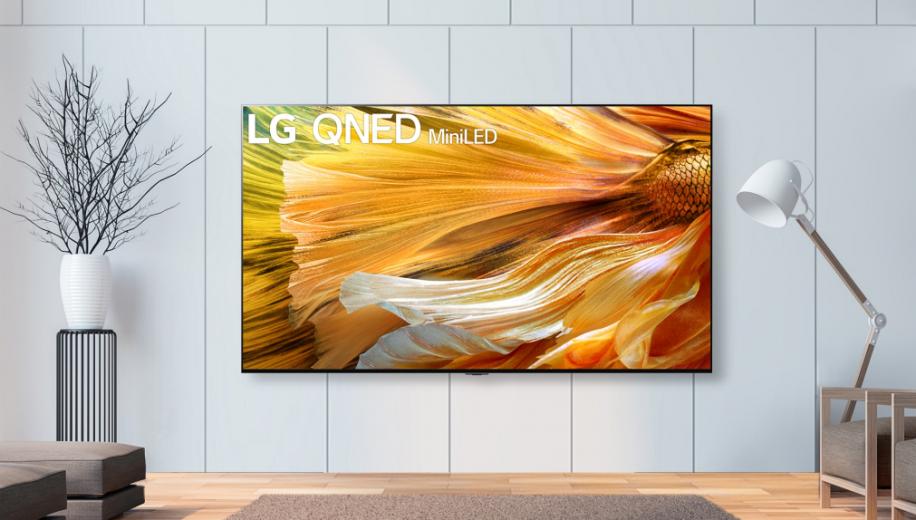 With Samsung’s Neo QLED range already available, LG has now joined the Mini LED fray with the launch of the flagship QNED range which draws together the company’s Quantum Dot NanoCell colour technology along with Mini LED backlighting to deliver a premium LCD image experience.

The QNED lineup features the 8K QNED99 and QNED95 series for those looking for the very latest pictures resolution as well as the 4K QNED90 series. Screen sizes will vary from 65- to 86- inches, depending upon territory.

Mini LED technology uses much smaller LEDs than those found in normal Full Array Local Dimming backlights, allowing far more to be used in a panel of a similar size, thus bringing deeper backs and greater contrast to the image. LG’s top of the range 86-inch 8K TV (model 86QNED99UPA) features around 30,000 LEDs controlled by about 2,500 dimming zones and the company states the contrast ratio is up to 10 times better than conventional LCD TVs delivering a more realistic image.

Available in North America starting from July, the LG QNED rollout will continue worldwide in the coming weeks.