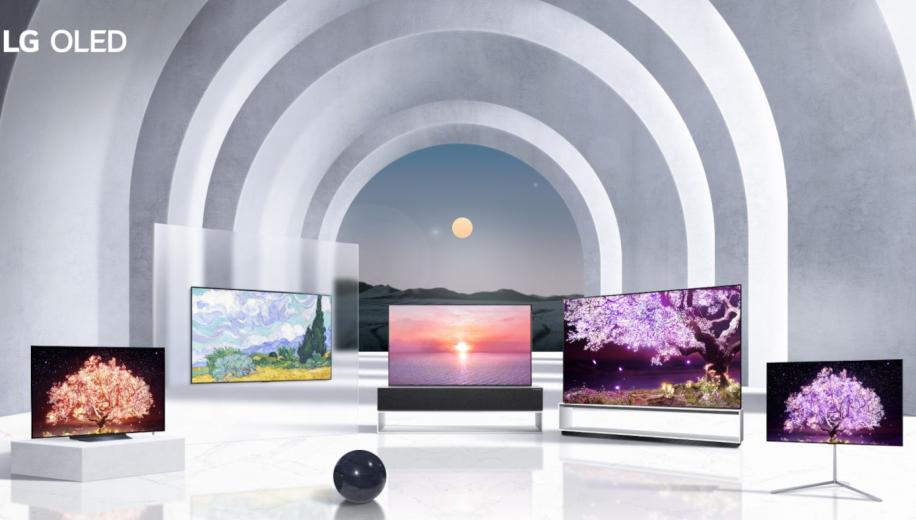 We know all about the new QNED Mini LED thanks to an early press release and the NanoCell and UHD smart TVs also continue being a part of the TV line-up for the year ahead, but we also now know about two of the main OLED models for 2021.

Usually, in a normal CES year, we would be getting a hands-on demo or two with the new models but, alas, in these Covid times, that is not possible and instead, we have had online advanced briefing sessions with most manufacturers about their new models. LG held its briefing on Thursday the 7th Jan to give us a few more details on the two main C1 and G1 OLED models for the UK market.

The range usually starts with the B series OLED, but at this point, LG UK is not sure if a B1 model will be coming to the UK or when that may be, so we will have to update you at a later stage on that one. We are also awaiting confirmation of W and Z1 series models for 2021.

The C1 will be debuting in the UK soon with the new WebOS 6.0 system that Andy reported on last week. This introduces a new graphical interface and a new UI home page with access to almost every VOD app you can think of. Asked if Freeview Play would be present from the launch of the C1 and G1, LG UK said it was hoping that would be the case.

As well as the new WebOS system there is a brand new Magic Remote control for both C1 and G1 models this year. The Magic Remote has a new premium design offering simpler controls for accessing LG ThinQ, Amazon Alexa or Google Voice Assistant plus there are faster connections to the TV and other devices as well as hot keys for accessing popular content providers such as Netflix, Amazon Prime Video and Disney+.  In addition, the Magic Tap Near Field Communication (NFC) function enables the transfer of content from compatible phones to a viewer’s TV by merely touching the phone and Magic Remote together.

There is also a new processor onboard Z1, G1 and C1 models with the introduction of the LG α9 Gen 4 chipset. LG’s newest processor features AI Picture Pro, which recognises onscreen objects such as faces and bodies and distinguishes between foregrounds and backgrounds, processing each object independently to make images more three-dimensional. With its ability to detect content genre, the α9 Gen 4 processor further optimises picture quality, the amount of light in scenes, and ambient conditions in various viewing environments.

Moreover, the processor incorporates a new version of LG’s AI Sound Pro which boasts two major additions for 2021. Virtual 5.1.2 surround sound up-mixing delivers an immersive audio experience via the TV’s built-in speakers, while Auto Volume Leveling ensures a consistent volume when switching between channels or streaming apps; a solution to a problem that has long annoyed TV viewers.

The big news for the LG C1 OLED TV is the introduction of the 83-inch screen size. This is the largest screen size yet for the mid-level OLED model and is added to the range of sizes which starts at 48-inch. There has been no mention of a 42-inch version of any LG Electronics models so far, although LG Display has said they will be introducing such a screen size for industry customers, including LG Electronics.

Of course, LG has been well ahead of the competition when it comes to gaming on its OLED panels with HDMI 2.1 features present for the last two model cycles and that continues for this year as well. There is also a new Game Optimiser menu screen which you can access while playing and which gives you the ability to access settings for VRR, latency and picture presets to optimise your gaming experience based on the type of game you’re playing. This is a menu bar which pops up from the bottom of the screen. LG also stated that there will be access to Google Stadia on the company's TVs this year.

Finally, for now, we also get an updated Gallery TV in the shape of the LG G1 OLED. In previous years the only difference between the C and G models has been cosmetic with the same panel and picture quality. However, in 2021 this changes with the G1 getting a new panel which LG calls OLED EVO.

This new panel has optimised a new luminous element which increases the panel brightness, using  newly developed and highly efficient materials as well as the addition of a layer to the display, which presumably increases the peak brightness performance for HDR content.  There is very little technical detail available from LG as it stands about what OLED EVO does. We will try and get more detail about exactly what is added to the panel to increase the brightness. It does mean that there is more of an up-sell for the Gallery series G1 model over the C1, but G1 will not get the 83-inch screen size.

The Gallery TV G1 will also have an optional floor stand available which incorporates cable management to hide cables down to the floor area. This stand looks stylish and sleek and is designed for those who are looking for a stand alone TV in a minimalist lounge or living room.

LONDON, Jan. 11, 2021 — LG Electronics (LG) is setting the standard for the TV industry once again with its most impressive premium TV lineup yet, featuring OLED, QNED Mini LED and NanoCell TVs. Featuring a CES® 2021 Best of Innovation Award winner (model 48C1) as well as several Innovation Award honourees,1 LG’s flagship TV lineup has been upgraded inside and out with technology and features such as a new OLED panel, a new advanced LCD panel structure that combines Quantum NanoCell colour technology with mini LED backlighting for improved colour accuracy and greater contrast, and upgraded AI processor, and a redesigned webOS as well as a stunning new look for 2021.

LG’s 2021 OLED TV lineup represents the company’s most comprehensive range of OLED TVs to date, with exciting new models that come in more sizes and build on the brand’s legacy of superior picture quality. LG’s newest G1 series features OLED evo, the next step in the evolution of OLED TV technology that delivers better luminosity for higher brightness and punchy images with amazing clarity, detail and realism.

And when it comes to the ultimate viewing experience of OLED, LG is offering consumers more choice than ever before. The exceptional LG C1 series boasts a diverse range of size options, from the 48-inch version favoured by avid gamers to the new 83-inch model which will have all the neighbours inviting themselves over on movie night. What’s more, the new Gallery Stand is an attractive alternative to the sleek, flush-to-the-wall Gallery Design mount for those who desire more flexibility in their interior planning.

Moreover, the processor incorporates a new version of LG’s AI Sound Pro which boasts two major additions for 2021. Virtual 5.1.2 surround sound up-mixing delivers an incredibly immersive audio experience via the TV’s built-in speakers while Auto Volume Leveling ensures a consistent level of volume when switching between channels or streaming apps; a solution to a problem that has long annoyed TV viewers.

Acknowledged by consumers, tech experts and some of the biggest names in the film industry as the best displays around, LG OLED TVs continue to raise the bar for image quality. With the company’s self-lit pixel technology, the panels featured in the 2021 lineup offer perfect blacks and have been certified as having 100 percent colour fidelity by the global product testing agency Intertek. 3 In addition to their unsurpassed colour and contrast, LG’s TVs support for Dolby Vision IQ and Dolby Atmos® to take viewer immersion to a whole new level.

LG OLED TVs have also earned a reputation as the best TVs for both console and PC gaming. LG’s 2021 OLED TVs are equipped with new features such as Game Optimizer, along with a 1 millisecond response time, low input lag and four ports supporting the latest HDMI specifications. 4 Not only does it allow users the ability to access all game-related settings in one convenient place, Game Optimizer, featured in all LG 2021 webOS TVs including QNED Mini LED and NanoCell TVs, automatically applies the best picture settings according to the type of the game being played, whether it is a first-person shooter, role-playing game or real-time strategy title. For exhilarating big-screen gaming with stutter- and tear-free images, LG OLED TVs are G-SYNC® Compatible, FreeSync™ Premium supported and feature variable refresh rate (VRR),5 all of which can be managed within the Game Optimizer.

What’s more, LG has expanded the number of TV models that will support HDMI 2.1 features in 2021, with enhanced audio return channel (eARC) and automatic low latency mode (ALLM) being supported across the full lineup. LG’sQNED90 Mini LED, NANO90 and NANO85 NanoCell TVs will also support variable refresh rate (VRR) for an outstanding experience for those who love gaming.

And when it comes to responsible manufacturing, LG has a good track record with its OLED TVs. The panels employed in the 2021 OLED TV lineup have been certified by Swiss-based Societe Generale de Surveillance (SGS) as having minimal environmental impact, emitting negligible air pollutants, using less hazardous substances and being highly recyclable. According to SGS’s evaluation results, LG OLED TV panels reduce the emission of volatile organic compounds (VOC) by more than 50 percent compared to LCD TV panels of the same size.

Designed to pair perfectly with the new OLED TV models, LG’s latest soundbars are another demonstration of the company’s environmentally-conscious approach to manufacturing. The exterior of the soundbars are made from recycled materials while the packaging is designed to protect without the use of expanded polystyrene foam blocks.

“Our commitment to raising the industry bar and increasing value for consumers are both clearly evident in the 2021 LG OLED TV lineup,” said Park Hyoung-sei, president of the LG Home Entertainment Company. “Featuring LG OLED evo, our most advanced panel technology yet, our newest OLED TVs are in a league of their own, delivering another level of viewing experience we feel confident in saying is second to none.”