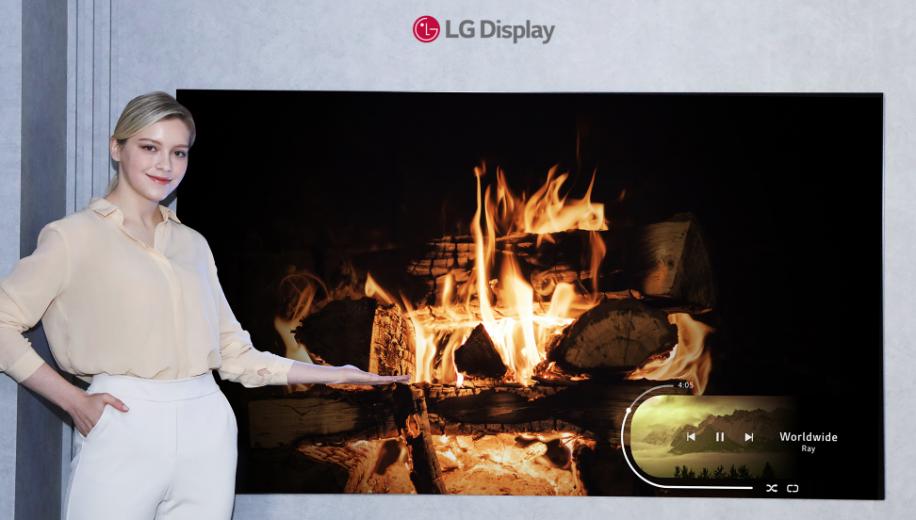 The evolution of OLED TV panel technology has been revealed by LG Display as they introduce a new display with improved picture quality at CES 2021.

LG Display is the world’s largest manufacturer of display technologies and its latest announcement promises a new 77-inch OLED display which uses newly developed and highly efficient materials as well as the addition of a layer to the display. The company says all this will improve efficiency by around 20%, resulting in better brightness for more vivid images.

LG Display plans to apply its advanced next-generation OLED technology to high-end TV models that will be launched this year and intends to gradually expand its adoption both by sister company LG Electronics and its other TV manufacturing customers, which number in the region of 17.

There will be an expansion of screen sizes with plans to introduce new 83-inch and 42-inch OLED TV display variants starting this year. These will add to the existing 4K and 8K 88-inch, 77-inch, 65-inch, 55-inch, and 48-inch OLED TV displays giving customers more choice. LG Display also plans to significantly expand its mid-range TV display lineup down to the 20-30-inch range, enhancing not only TV, but also gaming, mobility, and personal display options.

The company’s continued innovations also include differentiated products such as Film Cinematic Sound OLED (Film CSO), which features an even slimmer design and generates sound directly from the screen without separate speakers.

The annual CES technology event has always been an opportunity for LG Display to showcase the innovations in form factors that only OLED can deliver and recent years have seen rollable screens taking centre stage. CES 2021 is no different and will see Film CSO demonstrated along with LG Display's transparent and bendable OLED display technologies.

Last year, 4.5 million OLED displays were shipped and LG Display plans to accelerate the OLED trend by increasing that to between 7 and 8 million displays in 2021 as it seeks to consolidate its market place as an innovator of TV display technology.

The self emissive nature of the individual pixels that make up OLED screens ensure that the displays can realize brighter or darker images with extreme accuracy, resulting in superior picture quality. This means, for example, that in an 8K OLED display, there are 33 million pixels, each with individual control over their light and colour compared to to a mini-LED display which might only have 2,500 dimming areas.

Moreover, the company’s OLED displays have been recognized and certified by leading global certification organizations in the U.S and Germany as comfortable for viewers’ eyes in that they are flicker-free and emit low levels of blue light, which can cause eye strain and fatigue.