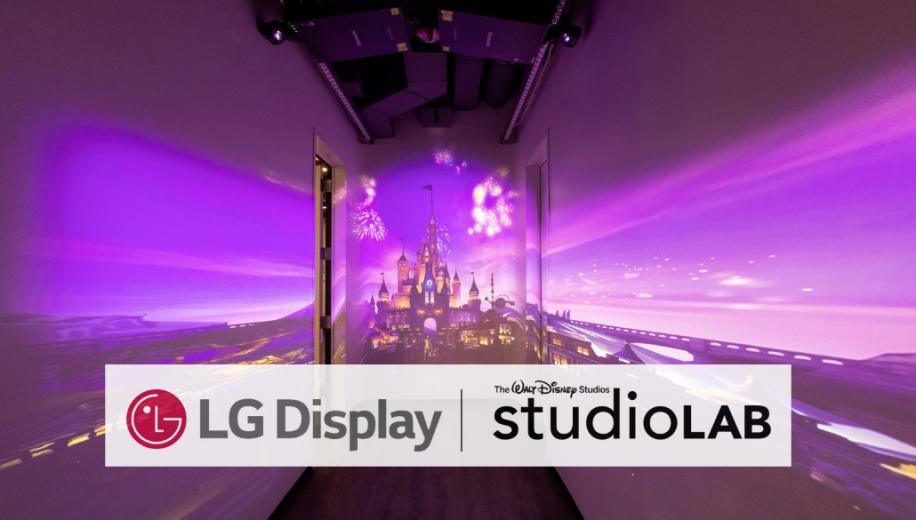 LG Display has announced an innovation partnership with Walt Disney Studios’ StudioLAB to develop the use of cutting edge OLED displays in the content production process.

The three year deal will see LG Display join existing StudioLAB partners Cisco, Verizon, Microsoft, and Hewlett Packard Enterprise in the pursuit of advancing the art of storytelling with cutting-edge tools and methods.

LG Display will work on a number of projects to become the first StudioLAB affiliate to equip Walt Disney Studios filmmakers with new production tools and to provide consumers with interactive and immersive experiences tied to the Studios’ film releases. According to the press release, the focus is on the development of both professional and consumer displays.

The arrangement will explore all the advantages that OLED provides including the pixel level control over brightness leading to true blacks as well as the use of innovations such as transparent OLED displays which allow viewers to see through the display while observing graphics in an augmented reality-style experience.

Oh Chang-ho, Executive Vice President and Head of TV Business Unit at LG Display commented, “This new innovation partnership reiterates our commitment to providing the best display capabilities to Disney’s amazing filmmakers and technologists and our dedication to offering an ideal viewing experience of their beloved characters and worlds.” He further added, “... we’re hopeful this innovation partnership will help showcase the exceptional qualities of OLED to content creators and consumers around the world, delivering a powerful experience while pushing OLED technology to the next level.”

Using innovations such as AI, virtual reality, mixed reality and projection technologies StudioLAB can aid creatives from across the Walt Disney Studio portfolio as they look to develop ways to capture and deliver their narratives.

Eddie Drake, Head of Technology at Marvel Studios, explained, “Whether we are evaluating contrast and colour accuracy or testing extreme viewing angles, OLED displays have demonstrated why their exceptional picture quality is in a league of its own, and we look forward to seeing how OLED technology advances for years to come.”