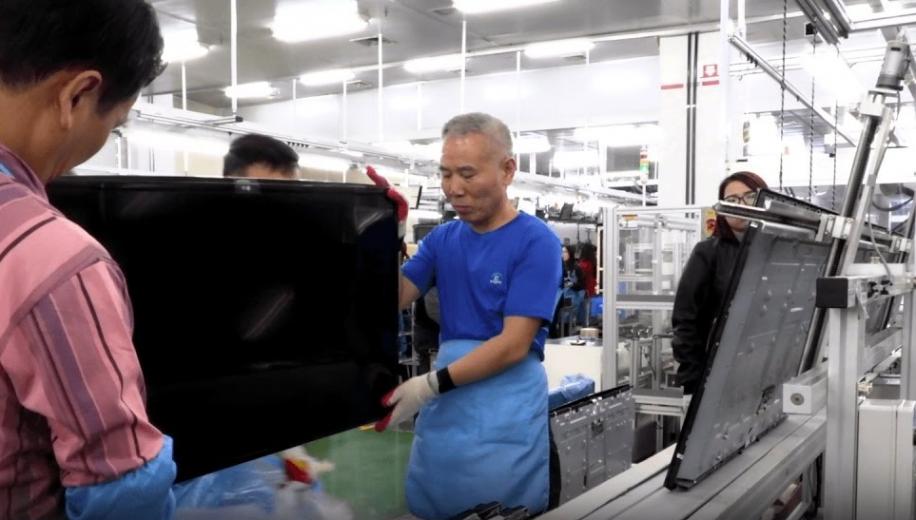 It’s been known for a while that LG plans to introduce a sub 50-inch OLED panel. Now a production date has been confirmed.
Plans for a 48-inch OLED TV have previously been reported by AVForums here but a statement from a top LG executive now confirms that LG Display’s strategy for the smaller OLED panel will result in production starting in 2020.

Oh Chang-ho, vice president of the TV business, LG Display, made the statement to China Business News, which was then subsequently picked up by Korean news site, TheElec.

Affirming plans that the smallest OLED TV yet will start coming off the production line next year, Oh Chang-ho, vice president of the TV business, LG Display, told China Business News, said, “It’s a strategy to solidify our footing in the high-end TV market, while continuing to have presence in the standard and premium segments.”

This is the first time that a timeline has been mentioned for LG Display’s smallest OLED, although it has been part of their roadmap for a while now. The report goes on to comment that although yields from the production process will be improved for smaller display sizes, LG is keen to make sure it does not lose the premium pricing it can levy on OLED TVs. Figures from IHS Markit indicate that the average price premium of an OLED over an equivalent sized Quantum Dot LCD TV is approximately $350 US, which the South Korean Company will be keen to keep on the 48-inch model as this helps offset the lower sales figures compared to QLED TVs.

LG Display’s ongoing strategy includes opening a new 8.5G production plant in Guangzhou, China amid plans to sell between 300,000 and 400,000 units in China next year as part of their forecast global sales increase from 4 million OLED units in 2019 to 7 million in 2020.

The 48-inch model will appeal to TV fans who want the high-end OLED experience but have budget or space constraints.