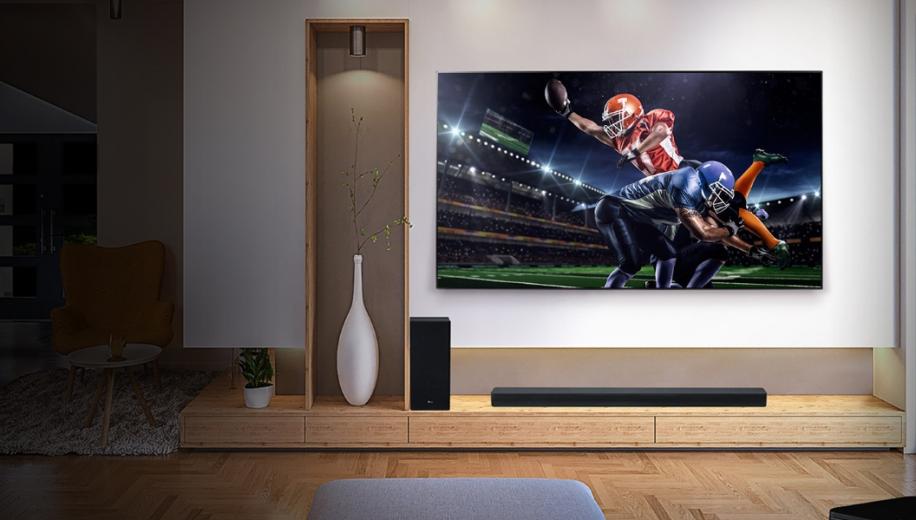 After showing off their lineup of 2019 OLED and NanoCell LCD TVs at CES in January, LG are ready to release their latest offerings, starting in March.
The TV models in 2019’s rollout are marked by a second generation Alpha 9 processor in the OLED range which will enable deep learning AI to govern image and audio quality, the implementation of HDMI 2.1 on selected models, Dolby Vision HDR and Dolby Atmos surround sound at various points in the ranges and a firmware update later in the year to provide support for Apple’s AirPlay 2 and HomeKit protocols plus Alexa voice control joining the already included Google Assistant. Recent announcements by LG have set down a marker for their ambitions to grow the OLED market, whereby 20% of its 2019 portfolio will be comprised of OLED models to support the anticipated demand for OLEDs over the next three years, increasing from 3.6 million to 7 million to 10 million units by 2021.

At the top end of the spectrum, the releases will see an 8K OLED option with large 88-inch screen (the 88Z9) and the enviable flagship status symbol of the Signature OLED R rollable model (the 65R9).

Premium models aside, making up the main OLED range this year will be the W9 (65 and 77-inch), E9 (55 and 65-inch), C9 (55, 65 and 77-inch) and finally the entry level B9 (55 and 65-inch). March will see shipments of these head towards South Korea and the US with Asia, Europe and South America following soon after. LG say that specific pricing and model availability dates in each region will be announced separately.

The latest technological developments allow a tranche of new features. For example, the α9 Gen 2 processor featuring in the OLED models uses a comprehensive database of known visual reference points against which to compare the currently displayed image - accordingly, it can then implement the best algorithm to display the best image and, in addition, achieve the optimal level of screen brightness by analyzing ambient conditions.

So with 20% of LG’s range consisting of premium OLEDs, that still leaves the majority of the stock falling under the higher end NanoCell umbrella (re-branded from Super UHD), traditional 4K UHD models and finally, FHD TVs at the lowest entry level point. NanoCell, the company’s most advanced LED TV offering, features wider viewing angles and ultra-thin bezels and will have more large-screen options this year.

Although prices are not forthcoming just yet, the breadth of the TVs on offer clearly point to a ‘something for everyone’ choice for the discerning TV consumer in 2019.